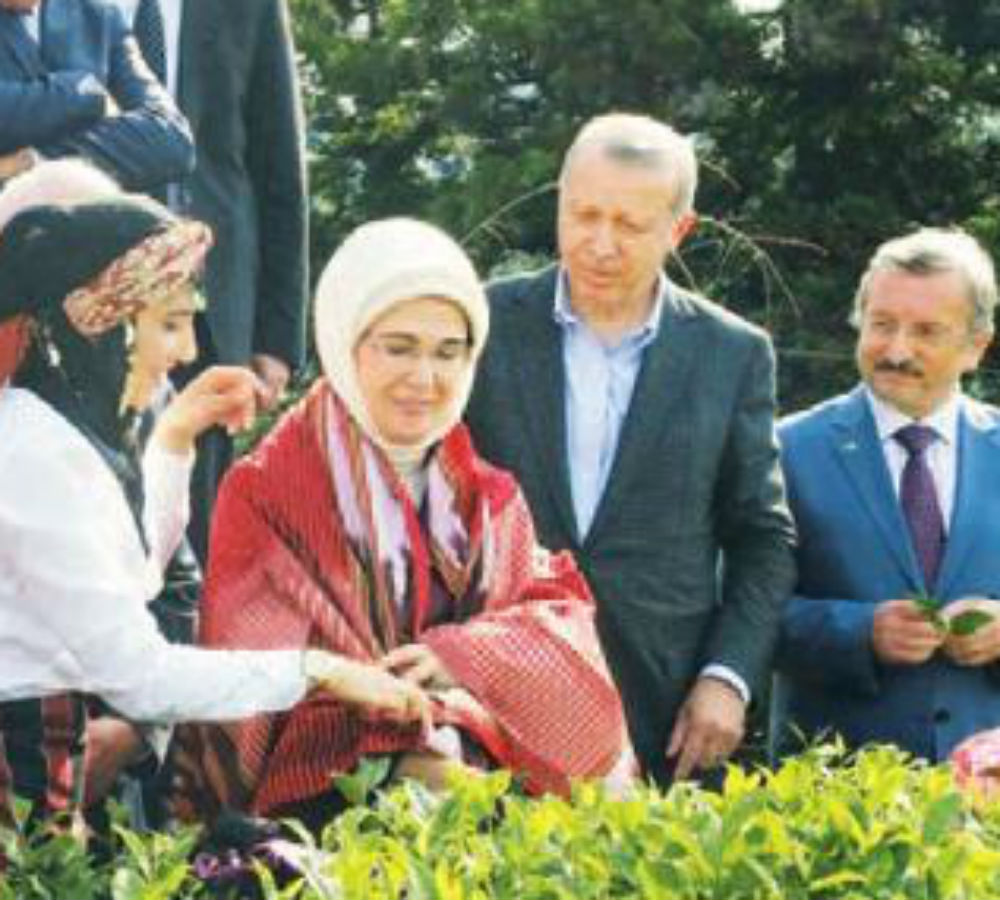 High judiciary members, including the heads of Supreme Court of Appeals, Council of State and Court of Accounts, harvested tea along with President Recep Tayyip Erdoğan during his visit to Rize province last Saturday.

A video showing Erdoğan and the judiciary members harvesting tea in President’s hometown, Rize caused  some critics to question the independency of the judiciary in Turkey.

Mustafa Karadağ, head of a union for judiciary members, told a Turkish daily that it is not right for judicial members to pose with Erdoğan in such a term, when there are many claims that the decisions by the judiciary are affected by the authority.

Karadağ said that the judiciary members does not even stand up when greeting the US President Barack Obama, and referred to the situation in Turkey as “upsetting.”