Miners on hunger strike for unpaid wages after trustees took over 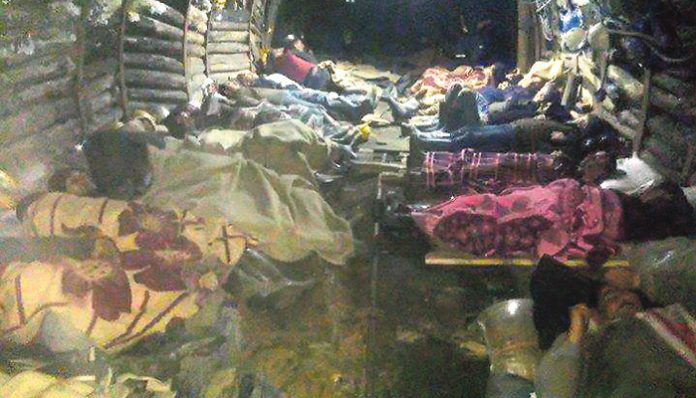 Miners in the northern province of Zonguldak has been on hunger strike over the past five days due to not being paid their wages, after their mining company was recently confiscated by the government, the Yeni Hayat daily reported on Monday.

A total of 85 miners went into the coal mine late at night on May 19 and started a hunger strike. Out of the participants, 10 miners had to leave after having health problems. The hunger strike is being pursued by 75 miners who are still inside the coal mine. According to Yeni Hayat, the miners told the reporters that they are determined to continue their hunger strike until they are paid their wages.

In early April, another group of miners who work in the same company, Deka Mining operating in the Kilimli district of Zonguldak, and the Balçın Mining owned by Deka Mining, had halted working because they did not receive any payment since January. A total of 120 miners had staged sit-ins both outside the Governor’s Office and on the rooftop of a seven-story business plaza in downtown Zonguldak.