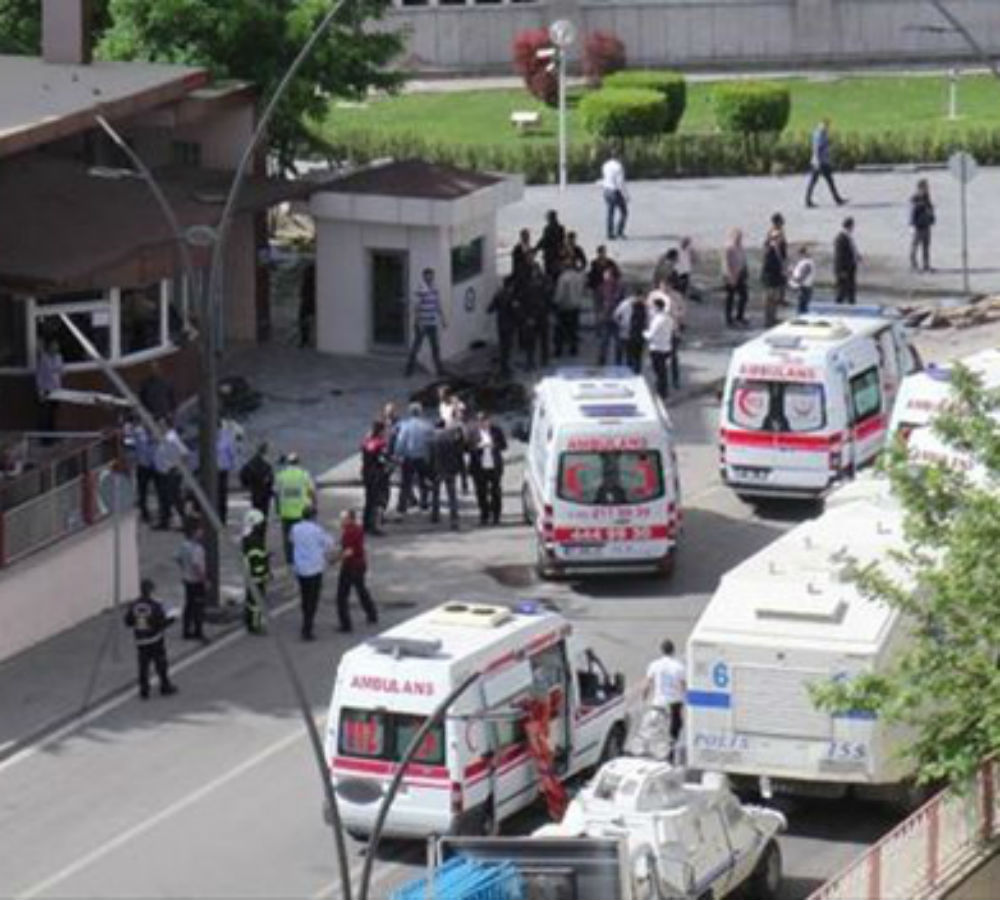 Six members of Turkish security forces were killed and dozens of others were injured in three separate terrorist attacks on Sunday.

Two police officers died in a car bomb attack suspected to have been staged by members of the terrorist Islamic State of Iraq and the Levant (ISIL) in the southern province of Gaziantep on Sunday morning. A bomb-laden vehicle exploded in front of the Gaziantep Police Department, killing two policemen and injuring 22 others.

In the Nusaybin district of southeastern province of Mardin, three special sergeants were killed in a rocket attack by members of the terrorist Kurdistan Workers’ Party (PKK) during an operation launched to clear explosives planted by the PKK in the district. The three soldiers were identified as Sinan Oruç, Serdar Yıldırım and Hakan Duyğal.

Also on Sunday, another soldier was killed during anti-PKK operations underway in the soutehastern province of Şırnak.