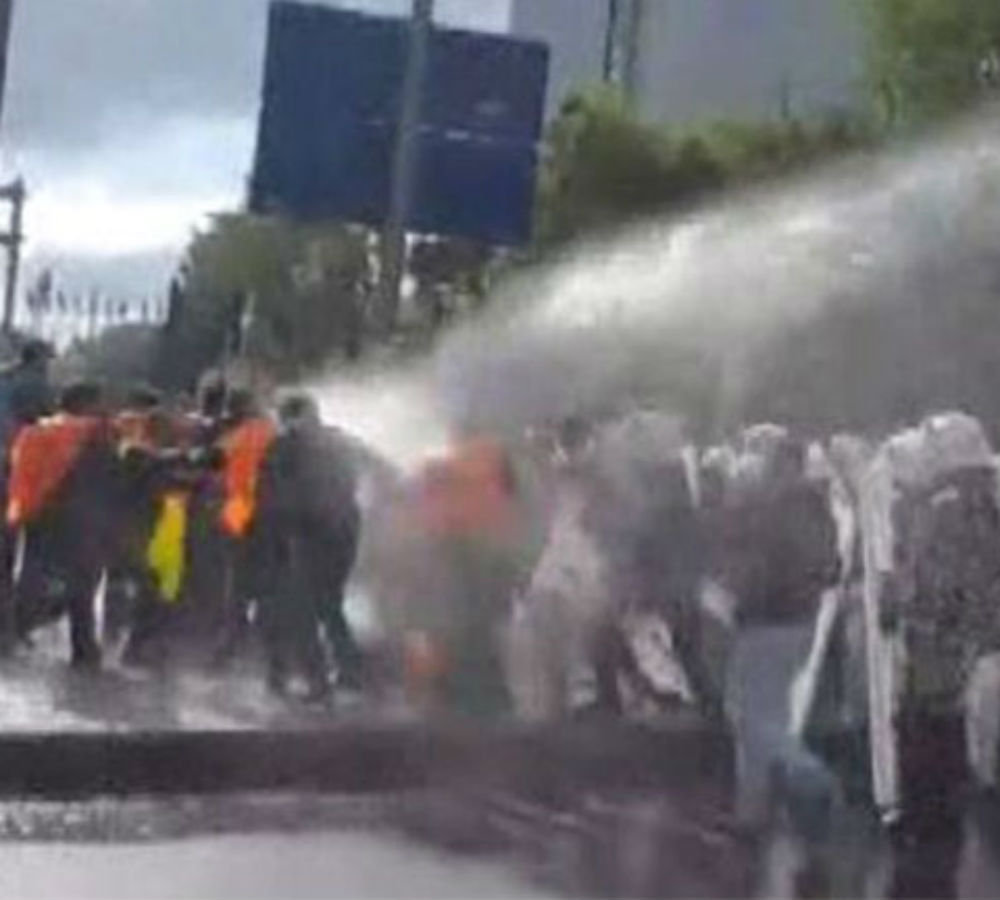 A total of 207 people were detained in İstanbul as police clashed with protesters during May Day celebrations, according to a news report.

Police intervened in groups of protesters who attempted to stage unauthorized demonstrations in the Şişli, Beşiktaş, Zeytinburnu and Bakırköy districts, NTV news website said. A total of 207 people were detained during the interventions. Police also seized explosives, Molotov cocktails and firecrackers, the report said.

Also on Sunday, a person was killed when a TOMA, an armored water cannon designed for riot control, crashed into a man who was crossing a street near Taksim.

May Day celebrations were not allowed in Taksim this year as they were not in the past three years. Protesters who wanted to celebrate May Day in Taksim were prevented by the police. Police used water cannon to block protesters from reaching Taksim.

The heart of the May 1 celebrations has always been Taksim which, until 2009, was off limits to demonstrators following May Day 1977, also known as Bloody May Day, when 34 people were killed after unknown assailants opened fire on the crowd. Since then, May Day in Turkey has always been a source of tension.

In 2009, the government decided to declare May Day an official holiday and opened Taksim Square up for celebrations. About three decades after Bloody May Day, under tight security, Taksim Square became the venue of peaceful celebrations aside from a few minor incidents in 2010, 2011 and 2012. Yet, Turkey returned to the same debates on Taksim for the past four years.