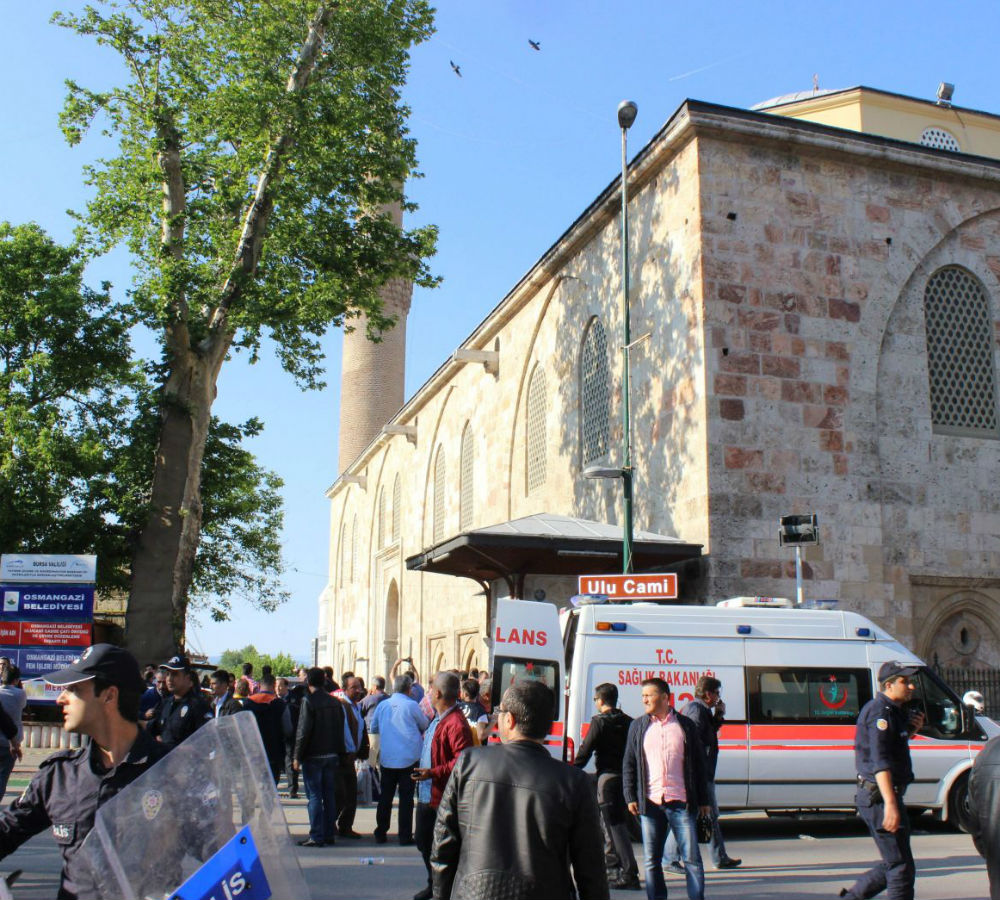 Fifteen individuals have been detained as part of an investigation into a suicide bombing that hit western province of Bursa on Wednesday, killing the suicide bomber  and injuring 17 others.

The detentions took place across several provinces on Thursday. All the detainees were brought to Bursa where they underwent a medical examination. The detainees were then taken to Bursa Police Department’s Anti-Terrorism Unit for interrogation.

A female suicide bomber blew herself up near Ulu Cami or Grand Mosque of Bursa killing herself and wounding  17 people.

The Bursa Governor’s Office confirmed on Wednesday that the powerful explosion was caused by a female suicide bomber near historic Ulu Cami, saying one was killed and 17 others were injured in the attack.