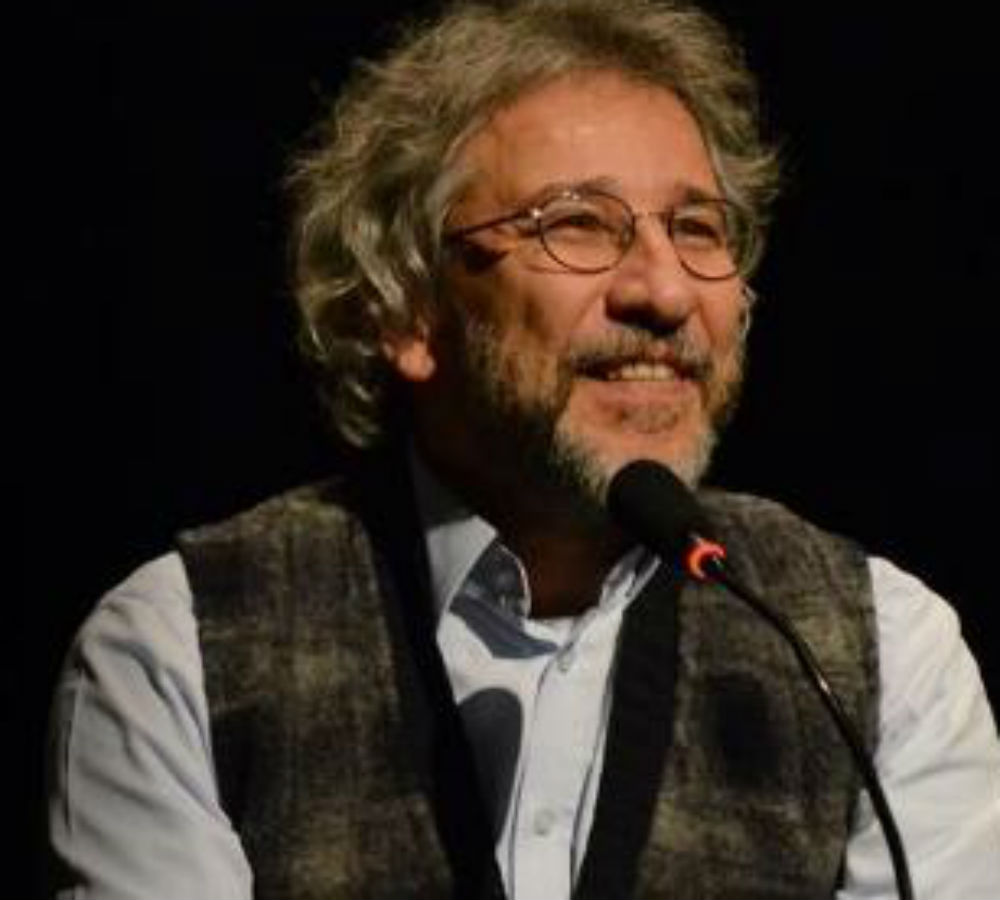 Cumhuriyet daily Editor-in-Chief Can Dündar has been fined by a local court over his columns and a series of news stories covering the content of Turkey’s largest corruption case, which came to public attention on Dec. 17 and 25, 2013.

The last hearing of Dündar’s trial on charges of “defaming” President Recep Tayyip Erdoğan and his son, Bilal, in his articles on the corruption probe was held at the İstanbul 2nd Penal Court of First Instance on Monday. The journalist told the court that he wants to read out all of his articles at the hearing instead of delivering a defense statement, saying he does not see any concrete evidence that would require his conviction. Then Dündar read out all the articles that have been shown as evidence by the prosecutor in the trial.

The court announced its ruling after Dündar read out his articles and ordered him to pay TL 28, 650. Commenting on the ruling on Twitter, Dündar was defiant. “If it is a crime to reveal the truth, we will continue to commit [this] crime,” he said.

Dündar had been on trial for criminal defamation in the case which had been personally brought by President Erdoğan and his son Bilal Erdoğan. The case relates to a series of articles that Dündar wrote in July 2014, in which he questioned the handling of the corruption investigation, initiated in December 2013, which implicated a number of high-ranking government officials and their families in alleged acts of bribery, bid-rigging for government contracts, money-laundering and gold smuggling.

Businessmen close to the ruling Justice and Development Party (AK Party), the sons of four then-ministers and other figures were detained on Dec. 17, 2013 on charges of corruption and bribery as part of a massive corruption probe. This was followed by another operation on Dec. 25, when the İstanbul Chief Public Prosecutor’s Office ordered the detention of 30 suspects, including a number of AK Party-affiliated figures and businessmen.

However, the İstanbul Police Department, which saw an extensive purge of its top officers following the first wave of the graft probe, did not comply with the order. Among the main suspects of the Dec. 25 investigation were Erdoğan’s son Bilal, businessmen Mehmet Cengiz, Mustafa Latif Topbaş and Yasin al-Qadi, a supposed financier of al-Qaeda.

Erdoğan, who was prime minister at the time of the scandal, branded the probe a “coup attempt” on his government. The investigations were later covered up by the AK Party government, which dismissed the prosecutors who were overseeing the investigations and arrested the police officers helping them, accusing them of attempting, but failing, to overthrow the government.