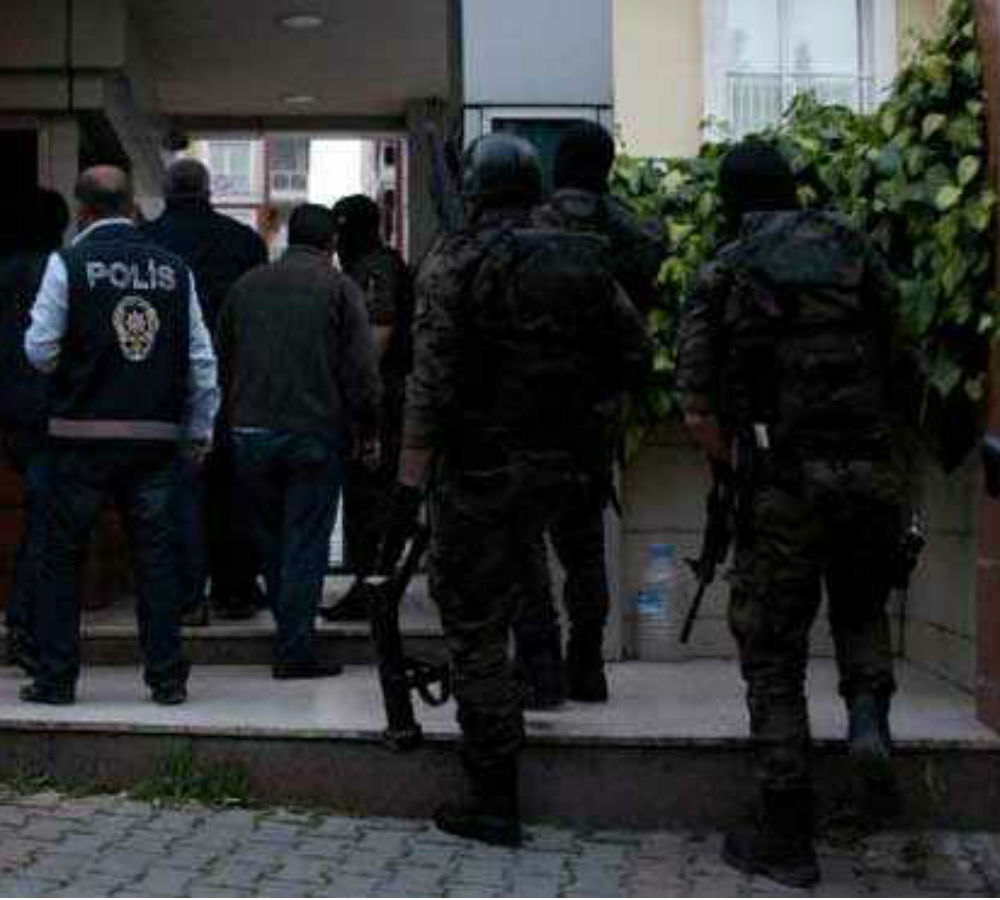 A total of 100 people including businessmen and employees of Islamic lender Bank Asya have been detained across nine provinces in Turkey as part of government-backed witch-hunt operations targeting the faith-based Gülen movement.

The operation was based in İstanbul, where many addresses were raided early on Monday.

Media reports said top executives of the Dumankaya Holding were among the detainees. However, a statement made by the company later said the company’s some executives were invited by the police to the İstanbul Police Department’s Financial Crimes Unit to ask for information.

Media reports said 41 of the detainees were Bank Asya employees including Y.U., a woman who is in the seventh month of her pregnancy.

The number of the detainees was expected to rise to as many as 140 people in the investigation which is overseen by the İstanbul Anatolia Chief Public Prosecutor’s Office.

The operation as part of which 100 people were detained reportedly targets the so-called the “Fethullahist Terrorist Organization/Parallel State Structure (FETÖ/PDY),” which is used by the government-backed judiciary to frame sympathizers of the Gülen movement, a grassroots social initiative inspired by Turkish Islamic scholar Fethullah Gülen.