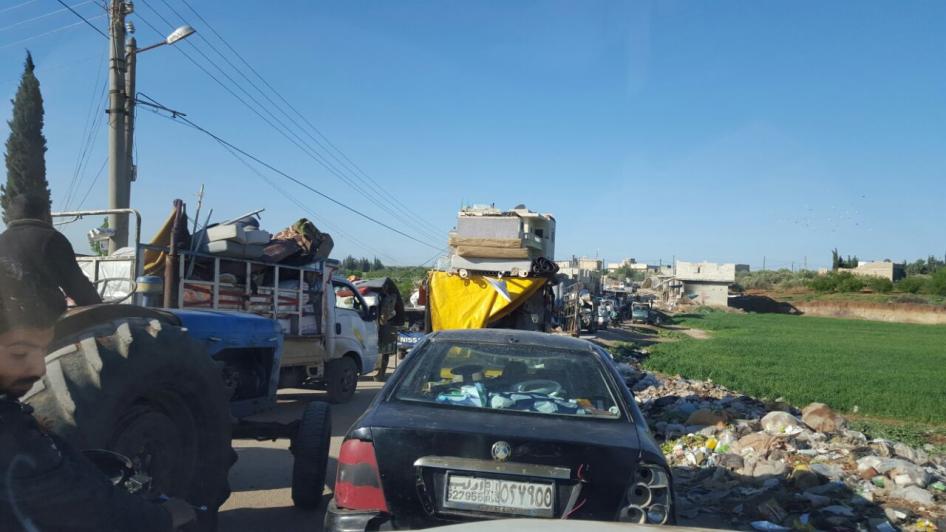 US-based rights group, the Human Rights Watch (HRW), has called on Turkey to stop shooting at Syrian civilians fleeing fighting and immediately allow them to cross the Turkish border to seek protection.

Renewed fighting between the Islamic State of Iraq and the Levant (ISIL) and armed opposition groups in Northern Aleppo has displaced at least 30,000 people in the past 48 hours, with Turkish border guards shooting at some of them as they approach Turkey’s new border wall, HRW said in a statement on Thursday.

Turkey’s border remains firmly shut, a year after the authorities started rejecting all but the most seriously injured Syrians. Turkey has previously indicated it wants to create a “safe zone” in Syria to which Syrians could ostensibly flee and Turkey could return Syrian refugees. In its March 8, 2016 deal with Turkey, the European Union said it would work with Turkey to “allow for the local population and refugees to live in areas which will be more safe.”

“As civilians flee ISIS [another acronym for ISIL] fighters, Turkey is responding with live ammunition instead of compassion,” said Gerry Simpson, senior refugee researcher at HRW. “The whole world is talking about fighting ISIS, and yet those most at risk of becoming victims of its horrific abuses are trapped on the wrong side of a concrete wall.”

According to international aid workers in Turkey and heads of six of the 10 displaced persons camps east of Azaz near the Turkish border, ISIS advances on April 13 and 14 have forced out at least half the camps’ 60,000 residents. They have fled to other camps, to the Bab al-Salameh camp on the Turkish border and to the nearby town of Azaz. Three of the camps – Ikdah, Harameen and al-Sham – are now completely empty of the 24,000 people previously sheltering there.

As of early April, Turkey had completed a third of a 911 kilometer rocket-resistant concrete wall along its border with Syria. Satellite imagery dated April 8 showed that the wall had sealed off significant parts of the border north of Aleppo.

In mid-March, the EU concluded a controversial migration deal with Ankara to curb refugee and migration flows to Europe, offering €6 billion in aid to assist Syrians in Turkey, and reinvigorated EU membership negotiations and the prospect of visa-free travel for Turkish citizens. A key objective of the deal is to enable Greece, with EU support, to reject almost all asylum applicants arriving by boat from Turkey on the grounds that Turkey is a safe country.