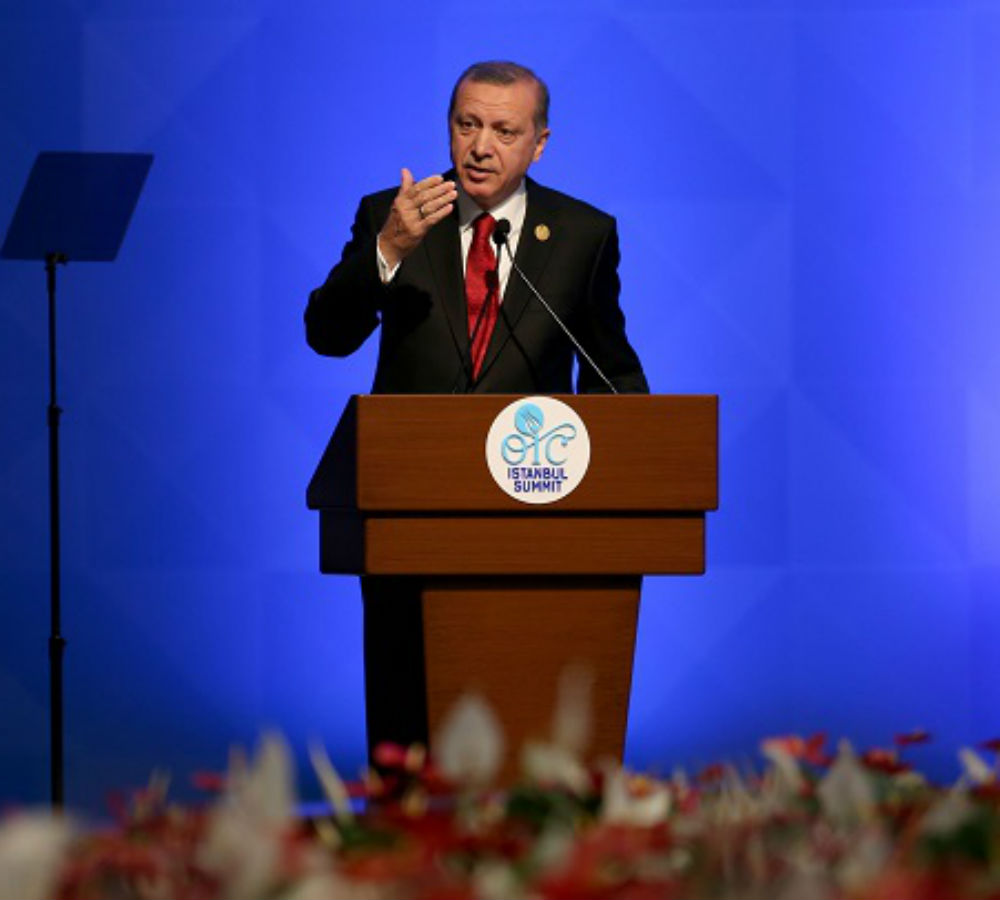 Turkish President Recep Tayyip Erdoğan thanked Egypt for Organisation of Islamic Cooperation (OIC) presidency as the rotating term presidency was handed over to Turkey at the OIC summit in İstanbul, on Thursday.

Foreign Minister Sameh Shoukry headed the Egyptian delegation in the 13th round of the summit. The minister left the hall right after he passed the presidency.

Relations between Turkey and Egypt have been rocky since the ouster of Egypt’s former president Mohammed Morsi, a staunch ally of Erdoğan, and his Muslim Brotherhood government  in the summer of 2013.

Turkish presidency spokesperson İbrahim Kalın denied allegations of Saudi Arabia’s mediator role to ease tensions between Ankara and Cairo. The Saudi King Salman arrived in Turkey on Monday, just couple of days before the summit. The spokesperson also added that the King’s coming to the country after his five-day long visit to Egypt has nothing to do with Turkey.

The OIC is the second largest inter-governmental organization after the United Nations which is founded in 1969, with 57 member states over four continents.

This is the first time Turkey is hosting the OIC summit and will be taking over the bloc’s chair for the next two years.

During his remarks at the summit, Turkish President Erdoğan said none of the terror organisations are representing Islam. “Our religion is a religion of compromise and peace.”

The president also said that Muslim world needs to overcome terror and any other crises itself instead of waiting for “other powers to intervene.”

Erdoğan urged all Muslim leaders that they need to deal with the sectarianism. “My religion is neither Sunni nor Shia. My religion is Islam,” he said.

The leaders are expected to discuss the latest situation in Syria, Libya, Yemen, Iraq, Azerbaijan and Iraq.