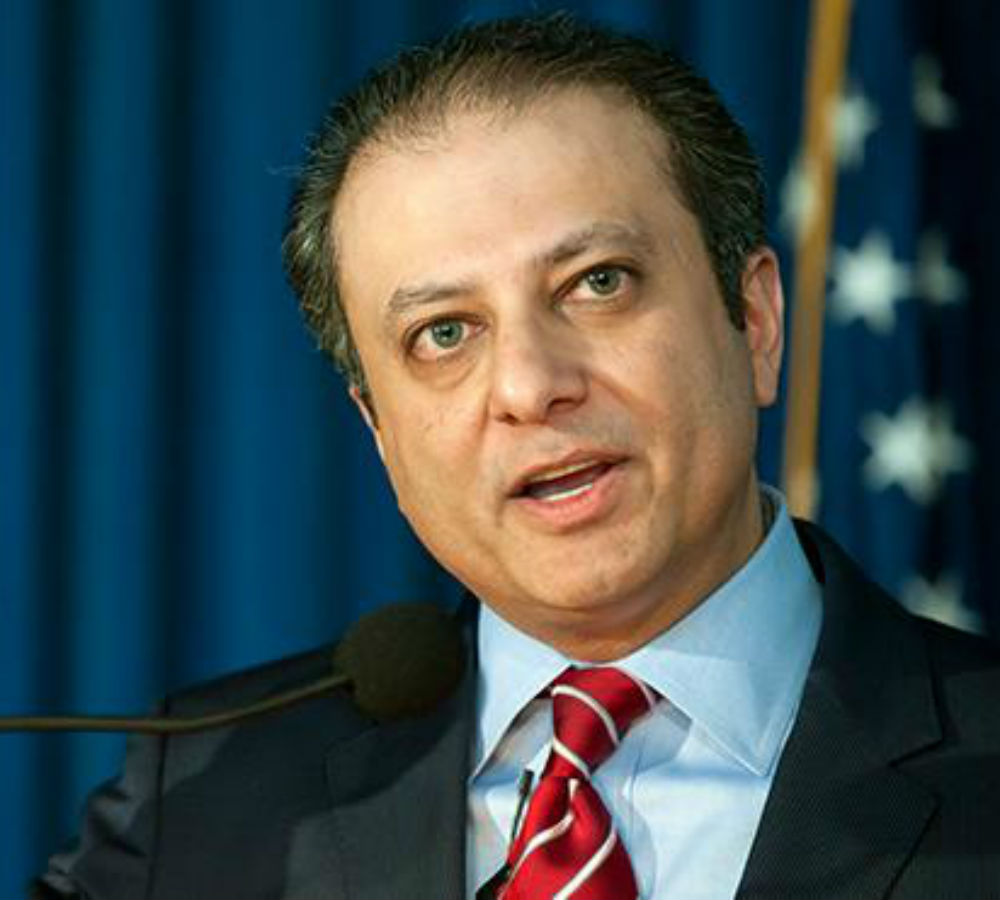 One of the staunchly pro-government newspapers in Turkey, the Star, daily has repeated earlier claims about a US attorney, saying that he is controlled by the faith-based Gülen movement and “stupid.”

“Stupid Bharara, the toy of the parallel structure,” read the headline of a story in the daily on Monday, which also featured a photo of the US Attorney for the Southern District of New York Preet Bharara.

Bharara has gained widespread Turkish attention online after filing a case against Reza Zarrab, an Iranian-Turkish businessman at the center of a corruption and bribery scandal that went public on Dec. 17 2013.

The parallel structure or parallel state is a term invented by President Recep Tayyip Erdoğan to refer to the Gülen movement following the becoming public of the corruption investigation in 2013 in which Erdoğan’s inner circle was implicated. Businessman Zarrab who was arrested in US last month was the prime suspect in the corruption investigation.

After Zarrab’s arrest, several pro-government newspapers in Turkey including Star ran stories in which they accused the US attorney as being part of the “parallel structure.” Star also claimed that the Gülen movement bribed Bharara $2,5 million so that he takes action against the Turkish government.

During a keynote speech at the New York Press Association Spring Convention last Friday, Bharara talked about the accusations directed against him by some media outlets in Turkey. He said: ” I’ve been featured in the cover of newspapers in Turkey with the suggestion that the reason I have brought the case– Preet Bharara from Punjab-India, grew up in New Jersey, US Attorney in Manhattan– ..because I have been bribed by pro-Turkish-government figures who hoped to overthrow the government in Turkey, to the tune of $2.5 million. So there have been a lot of silly things written about me in my time as US Attorney. I can confirm for all of you that, that’s the silliest.”

In its story on Monday, Star accused Bharara of distorting its story and keeping his relations with US senator Chuck Schumer secret.

Bharara’s past with the office of Schumer, who is introduced also as being a part of the “parallel structure,” by Star, is cited as a crime.

Bharara served as the chief counsel to Schumer for a while.

In its story, Star also accused Bharara of acting insolently for associating the huge interest in him on social media with the lack of press freedom and anti-corruption fight in Turkey.

“On the date we engaged in the arrest, on the day that Mr. Zarrab was arrested in Florida, I had 8,100 Twitter followers. Within 4 days, I had gained 270,000 Twitter followers, virtually all of them from the nation of Turkey. And part of the reason for that was, as has been widely reported, there’s a feeling that corruption is not being dealt with in that country. I’m not going to make any comment on that, but that’s a feeling of what was going. And the other reason that it’s been widely reported is that people have not believed that there was a free press there and so there’s a lot more of people taking to the freedom of social media,” the attorney said on Friday.

According to Star, Bharara was also responsible on behalf of FBI for masterminding cyber attacks against the websites of public institutions in Turkey during 2013’s Gezi Park protests which sparked in protest of government plans to demolish Gezi Park in İstanbul ‘s Taksim neighborhood and posed one of the biggest challenges to the rule of then -Prime Minister Erdoğan.

The indictment prepared by US prosecutors including Bharara accuses Zarrab of money laundering, bank fraud and conspiring for years “to violate and evade United States sanctions against Iran and Iranian entities.”

Similar charges were brought against the businessman in Turkey in 2013 in addition to bribing government ministers but Zarrab did not stand any trial.