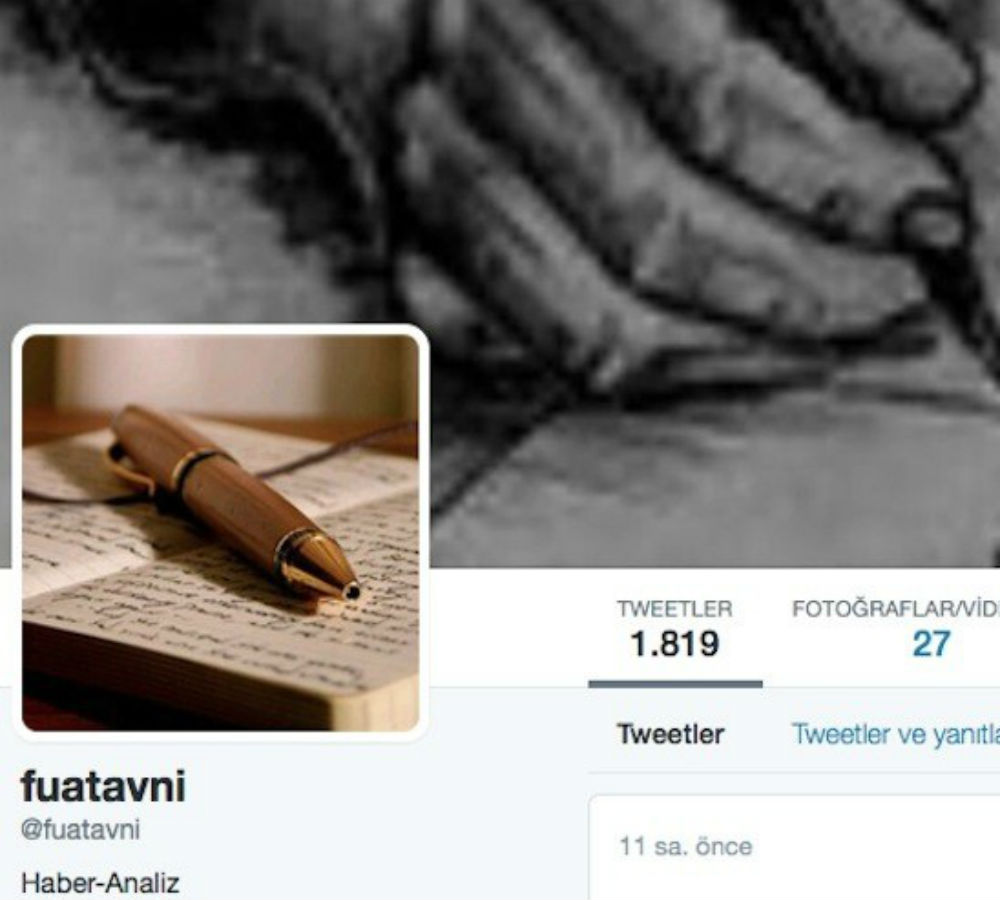 A Twitter user known by the pseudonym Fuat Avni has claimed that President Recep Tayyip Erdoğan has ordered the launch of a defamation campaign against Prime Minister Ahmet Davutoğlu to force his resignation.

In a series of tweets on Saturday, Fuat Avni wrote that Erdoğan made up his mind to force resignation of Davutoğlu because he became convinced that a switch to presidential system under Davutoğlu’s prime minister is not possible.

Fuat Avni said Erdoğan had meetings at his presidential palace to discuss plans to “get rid of Davutoğlu” and an agreement was made to label the prime minister a member of the “parallel structure” if he resists against resignation.

The “parallel state” or “parallel structure” are derogatory terms coined by President Erdoğan in late 2013 to refer to people believed to be inspired by the teachings of the Turkish Islamic scholar Fethullah Gülen, especially those within the state bureaucracy.

Individuals and organizations that are thought to be tied to the faith-based Gülen movement have been facing immense pressure from the Justice and Development Party (AK Party) since the becoming public of a corruption investigation in late 2013 on the grounds that they are members of the so-called parallel structure.

“If Davutoğlu does not resign, newspapers, TV stations and aktrolls [Internet trolls known for their strong support to the AK Party government and Erdoğan] will launch a campaign against him, demanding his resignation,” Fuat Avni claimed.

The whistleblower also said after Davutoğlu became of Erdoğan’s plans about him, the prime minister immediately called for a meeting to discuss fight against “parallel structure,” hoping that showing his determination to eliminate the so-called structure will prevent him from losing his post.

“Davutoğlu’s efforts are nothing but meannigless for the fascist [a reference Fuat Avni uses for Erdoğan]. The final decision has been made about him. He will go in this or that way. The parallel label will just be used as a pretext,” he wrote.

Erdoğan who was elected to presidency in August 2014 nominated Davutoğlu as his successor who was subsequently elected to the party leadership at a party congress. Claims of disagreements on some issues have become public between Erdoğan and Davutoğlu over time; however they have so far rejected presence of any such conflict.