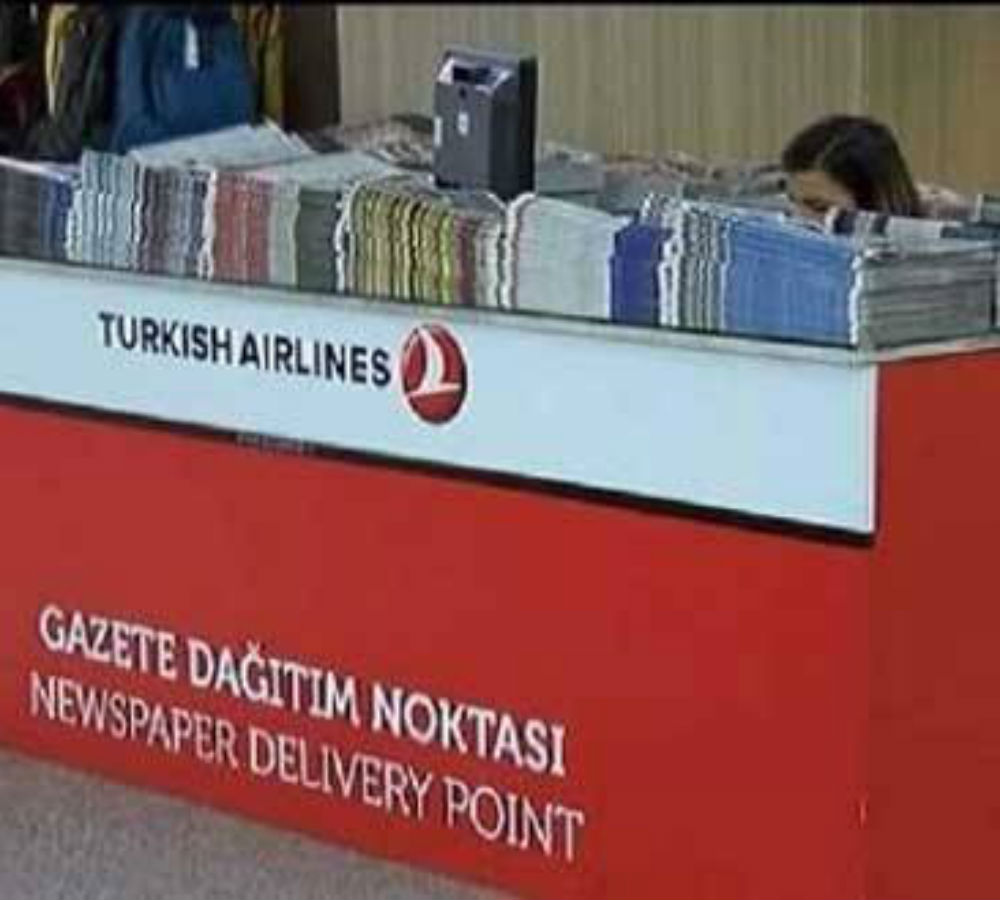 Turkey’s national carrier Turkish Airlines (THY), which in a controversial move cancelled its subscriptions to several critical dailies including Zaman and Today’s Zaman in late 2013, has reportedly begun distributing Zaman copies to its passengers after the daily’s critical editorial stance was changed in the opposite direction.

Shortly after a corruption investigation became public in December 2013 in which senior members of the Justice and Development Party (AK Party) were implicated, THY stopped distributing copies of the Zaman, Today’s Zaman, Bugün and Ortadoğu dailies to passengers without providing any explanation as to why. Other dailies, most of which are pro-government, continued to be handed out onboard.

THY management changed its mind about Zaman apparently after the paper was turned into a government mouthpiece by trustees who were appointed to the management of Feza Media Group, which includes Zaman, Today’s Zaman dailies as well as Cihan News Agency, last month in a politically-motivated move.

The trustees did not only change the critical stance of the daily but they also fired  dozens of critical journalists from the Feza Media Group. The daily’s circulation which was around 600,000 before the appointment of the trustees fell to as low as 2,000.

The takeover of the Feza Media Group came amidst escalating government pressure on members of the faith-based Gülen movement as well as business groups affiliated with it.

President Recep Tayyip Erdoğan and the AK Party government launched an all-out war against the Gülen movement after the corruption investigation became public with a wave of detentions on Dec. 17, 2013.