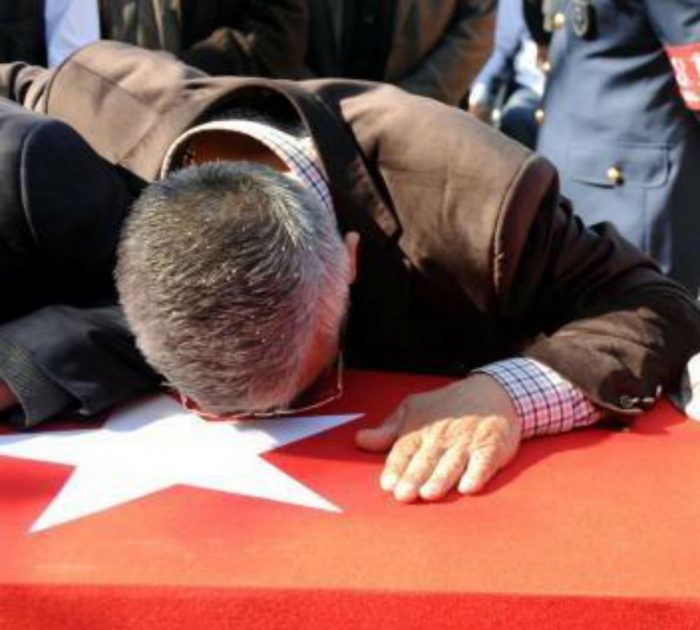 Brother of a major who was killed during clashes with the terrorist Kurdistan Workers’ Party (PKK) in the country’s restive southeast last week, has complained that his family has been contacted neither by President Recep Tayyip Erdoğan nor by Prime Minister Ahmet Davutoğlu to offer their condolences following the killing of his brother.

Major Turgay Çelik was killed during a clash with the PKK in Nusaybin district of Mardin on April 4.

In remarks that appeared in the Sözcü daily on Sunday, Çelik’s brother Celal said: “CHP [Republican People’s Party (CHP)] leader Kemal Kılıçdaroğlu called us and spoke to my father Mustafa Çelik on the phone two hours after we were informed about my brother’s death. He tried to console us. On that day, nobody including the president, prime minister and government ministers, phoned us to offer their condolences.”

Celal Çelik said he talked about his family’s disappointment about the indifference of state officials to their loss during his brother’s funeral in Kayseri to Kayseri governor the next day.

On the fifth day of Celal Çelik’s death, his brother said Defense Minister İsmet Yılmaz gave a phone call to the family apparently after he was informed about the family’s complaints by the Kayseri governor.

Former President Abdullah Gül also gave a phone call to the Çelik family to offer his condolences one day after the major’s killing, noted the brother.

A settlement process launched by the Justice and Development Party (AK Party) government in late 2012 to end Turkey’s long-standing Kurdish problem collapsed following a two-year-cease-fire last July,  triggering the worst violence in Turkey’s southeast since 1990s. Hundreds of civilians, security forces’ members as well as PKK terrorists have been killed in the region in the renewed conflict over the past months.