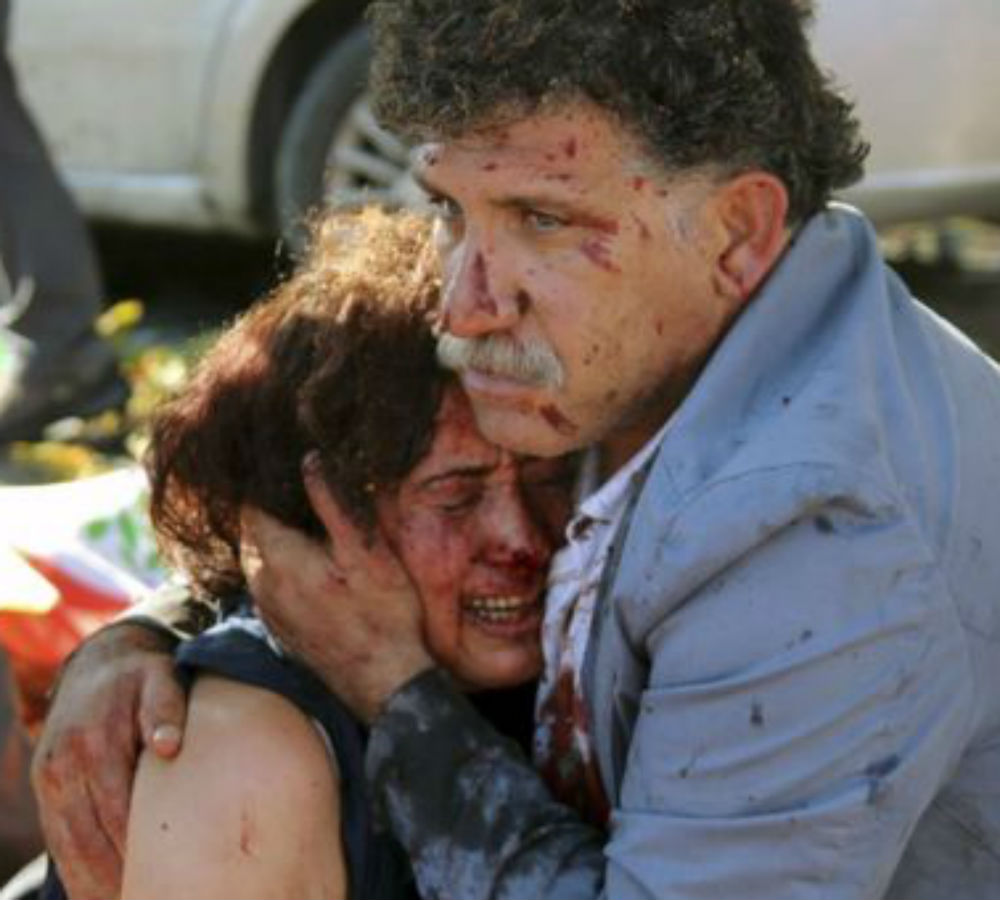 A man who is accused of having helped two suicide bombers who blew themselves up in Turkish capital of Ankara in the deadliest terrorist attack in Turkey was arrested in the southeastern province of Gaziantep on Wednesday.

According to the Hürriyet daily, the man, identified as Hüseyin Tunç, is thought to have brought the two bombers linked to the Islamic State of Iraq and the Levant (ISIL) who killed 103 people in Ankara on Oct. 10 of last year from Gaziantep to Ankara and transporting the explosives used in the attack. He is also accused of links to Yunus Durmaz, who is allegedly ISIL’s Gaziantep “commander.”

Tunç will be reportedly sent to Ankara for further legal proceedings at the request of the Ankara Chief Public Prosecutor’s Office.

A total of 103 were killed and more than 400 people were injured on 10 October, 2015, when two bombs were detonated outside Ankara Central railway station.
The area where the bombing took place was an area where people had gathered before heading to another location to hold a rally for peace.

According to official statements, the two suicide bombers at the Ankara peace rally blew themselves up by each exploding 5 kilograms of TNT.

A top government official then said “foreign powers” are behind the deadly attack, which, he said, aimed to sow discord and create “deep fissures” within Turkey.