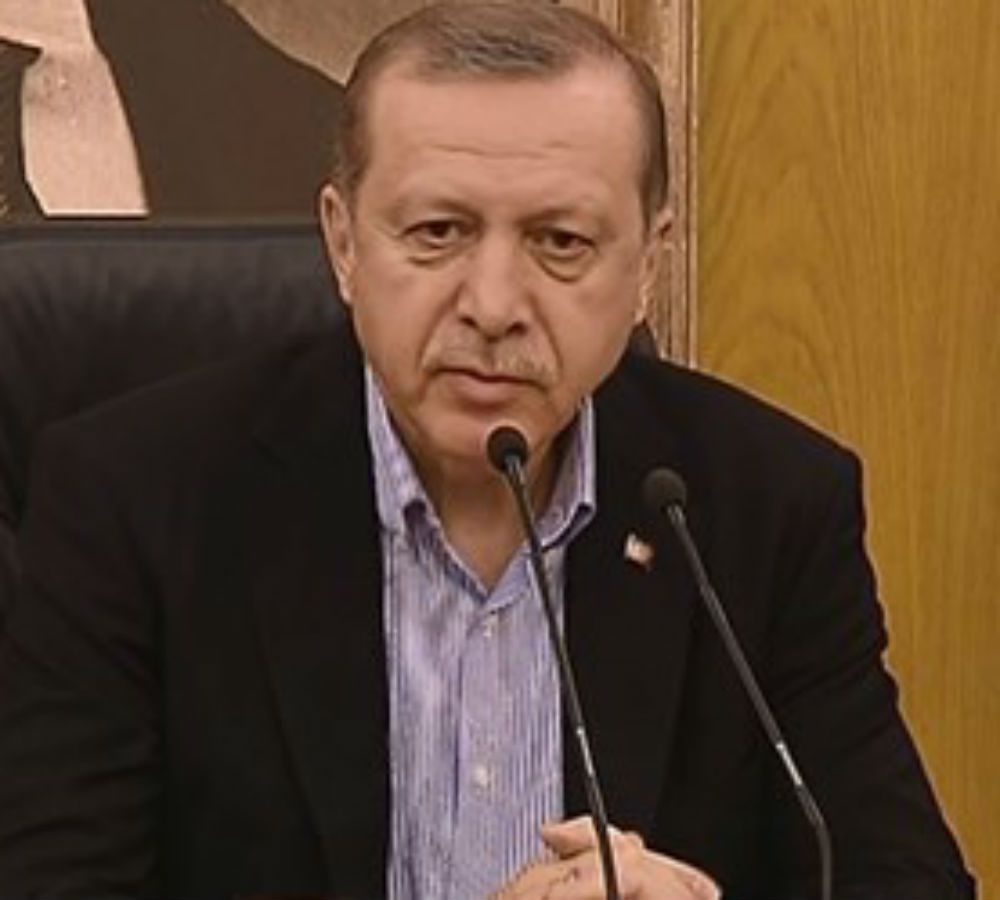 Turkish President Recep Tayyip Erdoğan has claimed that members of the terrorist Kurdistan Workers’ Party (PKK), its Syrian offshoot Syrian Kurdish People’s Protection Units (YPG) militia, the Armenian Secret Army for the Liberation of Armenia (ASALA) and what he called “the parallel structure” all joined forces in front of the Brookings Institution in Washington to protest him.

“I had a conference titled Global challenges and Turkey’s goals for the year 2023 at the Brookings Institution. The picture ahead of this conference was meaningful. … I saw that representatives of the PKK, the YPG, ASALA and those of the parallel structure who currently reside in the US were all together,” Erdoğan said at a press conference after his return to Turkey following a visit to the US.

ASALA was an Armenian militant organization that operated from 1975 to the early 1990s and is known to be currently inactive.

The Turkish president refers to members of the faith-based Gülen movement (Hizmet movement), inspired by Turkish-Islamic scholar Fethullah Gülen, as members of the “parallel structure.”

Erdoğan began using the phrase after declaring the group a “treasonous enemy” subsequent to a corruption scandal involving his family members and members of his inner circle. The scandal surfaced after graft investigations went public on Dec. 17 and 25, 2013. Erdoğan openly declared that he would do whatever it takes to eliminate the “parallel structure,” even if this requires a “witch hunt.”

Erdoğan’s his security guards physically and verbally attacked journalists and protesters in front of the Washington headquarters of the Brookings Institution on Thursday, which found wide coverage in the US media.

Eyewitnesses said Erdoğan’s henchmen swore at and tried to prevent several journalists from entering the Brookings Institution, where Erdoğan had been scheduled to give a high-profile speech.

Amberin Zaman, a Turkish journalist with the Woodrow Wilson Center in Washington, tweeted that a member of Erdoğan’s security details called her a “PKK whore” for standing in the driveway. The Kurdistan Workers’ Party (PKK) is recognized as a terrorist organization by the US, the EU and Turkey.

Also inside Brookings, US security officials protected a Turkish journalist from being evicted by Turkish security personnel.

The reporter, Adem Yavuz Arslan, said he was physically ejected from the building but then brought back in by Brookings staff who insisted he was their guest. Arslan works for the critical Özgür Düşünce daily, which was founded by journalists who were fired from the Bugün daily, which was seized by the government.