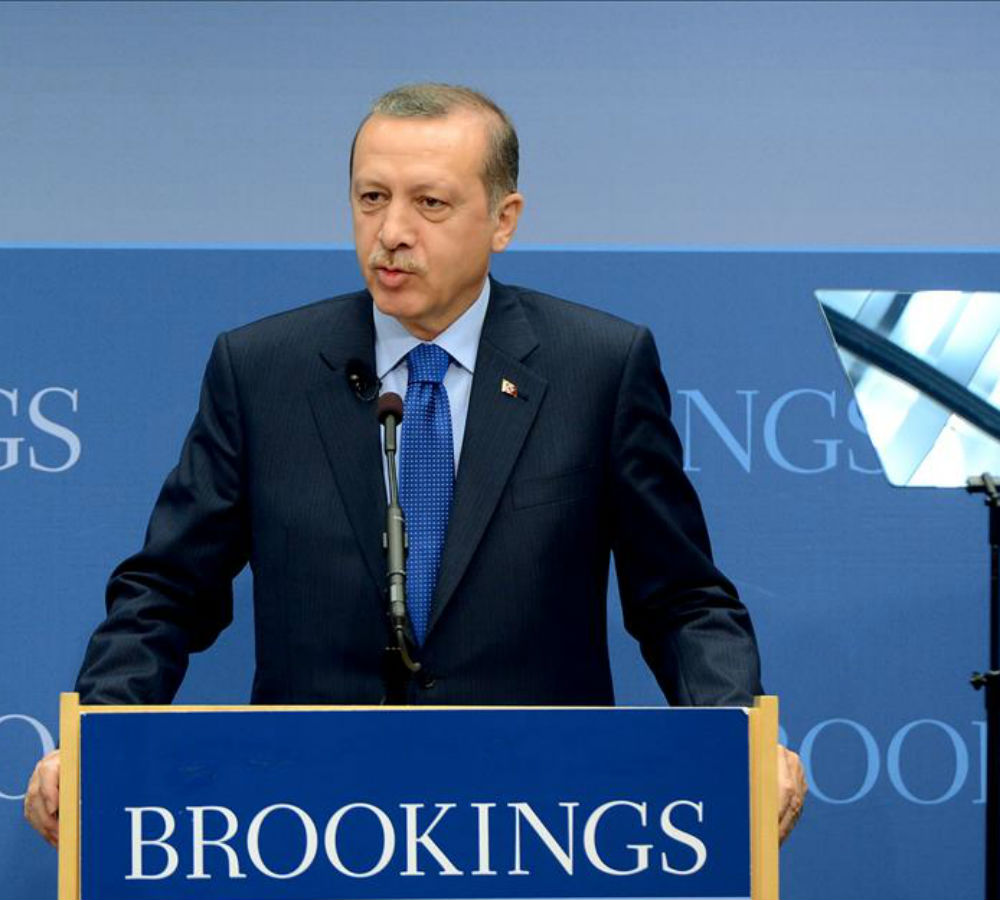 A powerful Turkish businesswoman has arranged a speech for President Recep Tayyip Erdoğan at the prestigious US think tank Brookings Institution although the think tank was unwilling to host Erdoğan as a speaker, according to a story in the Cumhuriyet daily on Wednesday.

President Erdoğan is currently in the US to attend a two-day nuclear security summit in Washington.

Erdoğan will deliver a speech at the Brookings Institution on Thursday. His speech will be titled, “Global challenges and Turkey’s goals for the year 2023,” according to the think tank’s website.

Basing its story on anonymous sources in Washington and İstanbul, Cumhuriyet said Erdoğan did not receive any invitation from any of the US think tanks despite intense efforts from Turkish authorities to this effect until a week ago. The daily said Carnegie Endowment for International Peace even declined a request from Turkish authorities to host Erdoğan as a speaker during his US visit due to growing unease about Erdoğan’s policies in Washington.

According to Cumhuriyet, the Turkish businesswoman, whose name was not revealed by the daily, contacted with the head of the Brookings Institution, Strobe Talbott, talked to him about government pressure in Turkey and requested him to allow Erdoğan deliver a speech at the institution, hoping that it will help to alleviate government pressure in Turkey.  The institution decided to host Erdoğan as a speaker reportedly with a last minute decision.

President Erdoğan has been receiving growing criticism for following increasingly authoritarian and repressive policies in Turkey and having no tolerance for dissent. Many critical media outlets in the country have been seized as a result of government-backed operations while many individuals including journalists and academics have been sent to jail due to their critical views.

The pro-government Takvim daily claimed in a news report that the faith-based Gülen was behind the Brookings Institution, it was making huge donations to it and it was even the founder of the institution.

Erdoğan and pro-government media outlets have been waging an all-out war against the Gülen movement since the becoming public of a corruption probe in late 2013 in which Erdoğan’s inner circle was implicated.

The fact that Brookings Institution was established nearly a century ago made many people to make fun of the daily due to its inaccurate reporting.