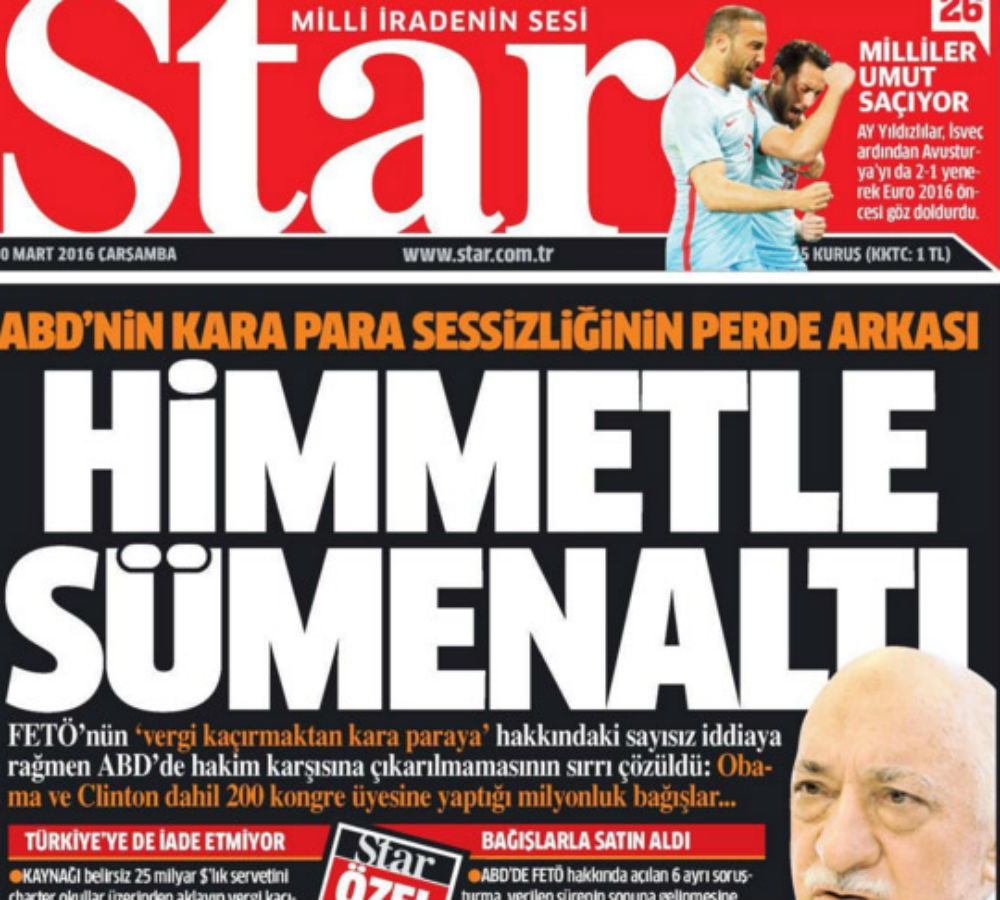 Justice and Development Party (AK Party) government mouthpiece Star daily has claimed that Turkish-Islamic scholar Fethullah Gülen bribed US politicians including US President Barack Obama and Democrat Party presidential candidate Hillary Clinton as well as 200 members of the US Congress to gain political favors from the US government.

Gülen who has been vilified by the AK Party government and President Recep Tayyip Erdoğan is claimed to have “countless” court cases opened against him by US authorities.

The Star daily claimed in its major story on Wednesday that Gülen bribed President Obama, Hillary Clinton, Rick Perry, and Jeb Bush alongside 200 members of the US Congress to “slow down” judicial proceedings.

Star, which is owned by Ethem Sancak, a businessman close to Erdoğan, also claimed that Gülen is trying to topple the government from the US, where he resides, via the “Parallel Structure,” a phrase coined by Erdoğan to refer to the Gülen movement.

Erdoğan has been targeting sympathizers of the Gülen movement, also known as the Hizmet movement, a grassroots initiative inspired by the teachings of Gülen, since a corruption investigation was made public on Dec. 17, 2013. The graft probe implicated then-Prime Minister Erdoğan’s inner circle including some ministers.

Erdoğan accused the Gülen movement of plotting to overthrow his government and said sympathizers of the movement within the police department had fabricated the graft scandal.

In 2014 Erdoğan said he would carry out a “witch hunt” against anyone with links to the movement, and since then hundreds of police officers have been detained and dozens arrested for alleged illegal activity in the course of the corruption investigation.