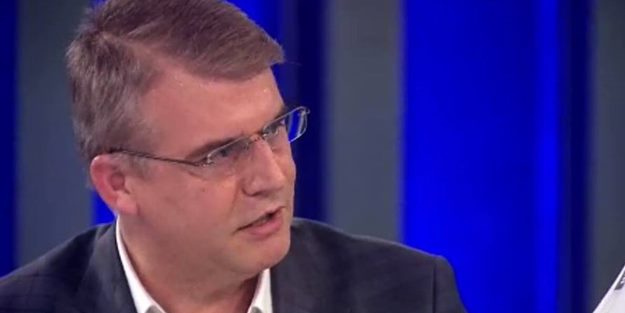 News manager of a staunchly pro-government newspaper, Yeni Akit,  Kenan Kıran has been appointed as the new editor-in-chief of Turkey’s Zaman newspaper, which was Turkey’s best-selling paper until it was seized in a government-backed operation on March 4.

After the news broke in the social media, Kıran introduced himself as “Zaman daily editor-in-chief” in his Twitter bio on Wednesday.

In a Twitter message following his appointment, Kıran wrote: “There will be special news coverage about Fethullahist Terrorist Organization/Parallel State Structure in Zaman. Facts will be understood in ‘Zaman’,” referring to the Turkish meaning of Zaman, time.

Yeni Akit is a daily which is notorious for its xenophobic and anti-Semitic discourse.

Police raided the headquarters of the Zaman daily and used pepper gas against thousands of readers late on March 4 after an İstanbul court appointed trustees to take over the management of the Feza Media Group, which includes the Zaman daily, as well as the Today’s Zaman daily and the Cihan news agency, dealing a fresh blow to the already battered media freedom in Turkey.

The decision was issued by the İstanbul 6th Criminal Court of Peace at the request of the İstanbul Chief Public Prosecutor’s Office, which claimed that the media group acted upon orders from what it called the “Fethullahist Terrorist Organization/Parallel State Structure,” praising the group and helping it achieve its goals in its publications.

The prosecutor also claimed that the alleged terrorist group is cooperating with the Kurdistan Workers’ Party (PKK) terrorist organization to topple the Turkish government and that high-level officials of the two groups have had meetings abroad.

Government-appointed trustees took over the management of the media group and immediately changed its editorial stance from critical to pro-government. The trustees also immediately fired the daily’s editor-in-chief Abdülhamit Bilici.

The taking over of the media group, which attracted worldwide condemnation for being yet another blow on the freedom of the press, came as part of President Recep Tayyip Erdoğan’s ongoing war against the faith-based Gülen movement.

Erdoğan launched a war against the movement following the becoming public of a corruption investigation in late 2013 in which Erdoğan’s inner circle was implicated. Erdoğan accuses the movement of masterminding the probe in order to overthrow his government and establishing a “parallel structure” within the state. However, the movement, inspired by US-based Turkish-Islamic scholar Fethullah Gülen, strongly denies the allegation.