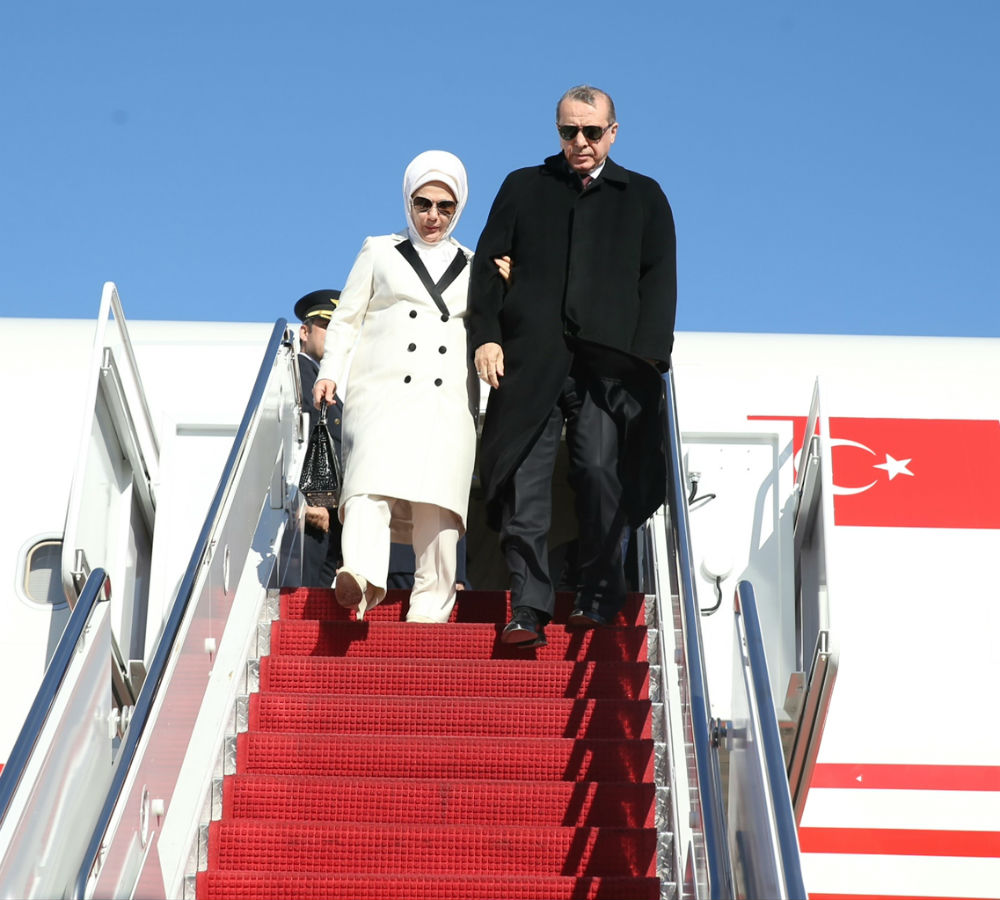 Turkish President Recep Tayyip Erdoğan  travelled to Washington on Tuesday to attend a two-day nuclear security summit in the US capital at a time when the relations between Turkey and the US have soured due to Turkey’s crackdown on free media outlets and the Syrian crisis.

Erdoğan went to Washington with a large delegation including Turkish ministers.

Until Tuesday, there had been intense speculation in the Turkish media over whether US President Barack Obama would meet Erdoğan, with some suggesting a failure to do so would mark a deliberate US snub amid differences over Syria and Washington’s concerns over the direction of Turkey’s domestic policies.

At a news conference in İstanbul before leaving for the United States earlier on Tuesday, Erdoğan said a meeting with Obama at the nuclear summit was planned, although he said he did not know how long it would last.

US Vice President Joe Biden’s office later said the vice president would host Erdoğan for a meeting on Thursday in Washington.

“I would expect that over the course of the visit, the president will have an opportunity at some point to have at least an informal discussion with President Erdoğan,” White House spokesman Josh Earnest told reporters traveling with Obama.

Earnest said the lack of a formal meeting should not be interpreted as a snub, noting Biden’s planned meeting with Erdoğan as well as the large number of foreign leaders due to attend the summit.

Though allies, Washington and Ankara are sharply divided over  Kurdish Democratic Union Party (PYD) in northern Syria. The PYD  has enjoyed US support but Turkey, which has a large Kurdish population in its conflict-stricken southeast region, sees it as a threat to its own national security.

In Washington D.C., Erdoğan was met with both supporters and protestors.

In front of the St. Regis Hotel, where Erdoğan would stay 300 meters away from the White House, protestors chanted “fascist Erdoğan” slogans against Turkey’s president.  In the same area, there were also Erdoğan’s supporters who sang a cover version of “Dombra.”

“Dombra” is a Turkish nationalist song that was used by then-Prime Minister and current President Erdoğan in his campaign for the March 30, 2014 local elections.

From time to time, there were squabbles between Erdoğan’s supporters and opponents in front of the hotel. Erdoğan’s security guards also verbally and physically attacked some journalists and protestors.

An editor from pro-government Yeni Şafak daily İbrahim Karagül attacked İhsan Denli, a reporter from Turkey’s Zaman newspaper which used to have a critical stance until it was seized by the government earlier this month.

The taking over of the media group, which attracted worldwide condemnation for being yet another blow on the freedom of the press, came as part of Erdoğan’s ongoing war against the faith-based Gülen movement.

Erdoğan launched a war against the movement following the becoming public of a corruption investigation in late 2013 in which Erdoğan’s inner circle was implicated. Erdoğan accuses the movement of masterminding the probe in order to overthrow his government. However, the movement, inspired by US-based Turkish-Islamic scholar Fethullah Gülen, strongly denies the allegation.

Erdoğan’s visit also comes at a time when the prime suspect in the 2013’s corruption investigations, Turkish-Islamic businessman Reza Zarrab, was arrested in Miami earlier this month on charges that he and others engaged in hundreds of millions of dollars of transactions for the Iranian government or other entities as part of a scheme to evade sanctions against the country.

Zarrab has never stood trial in Turkey because the charges against him and the other suspects were dropped when new prosecutors were appointed to the corruption investigation in a move which many saw as being politically-motivated.