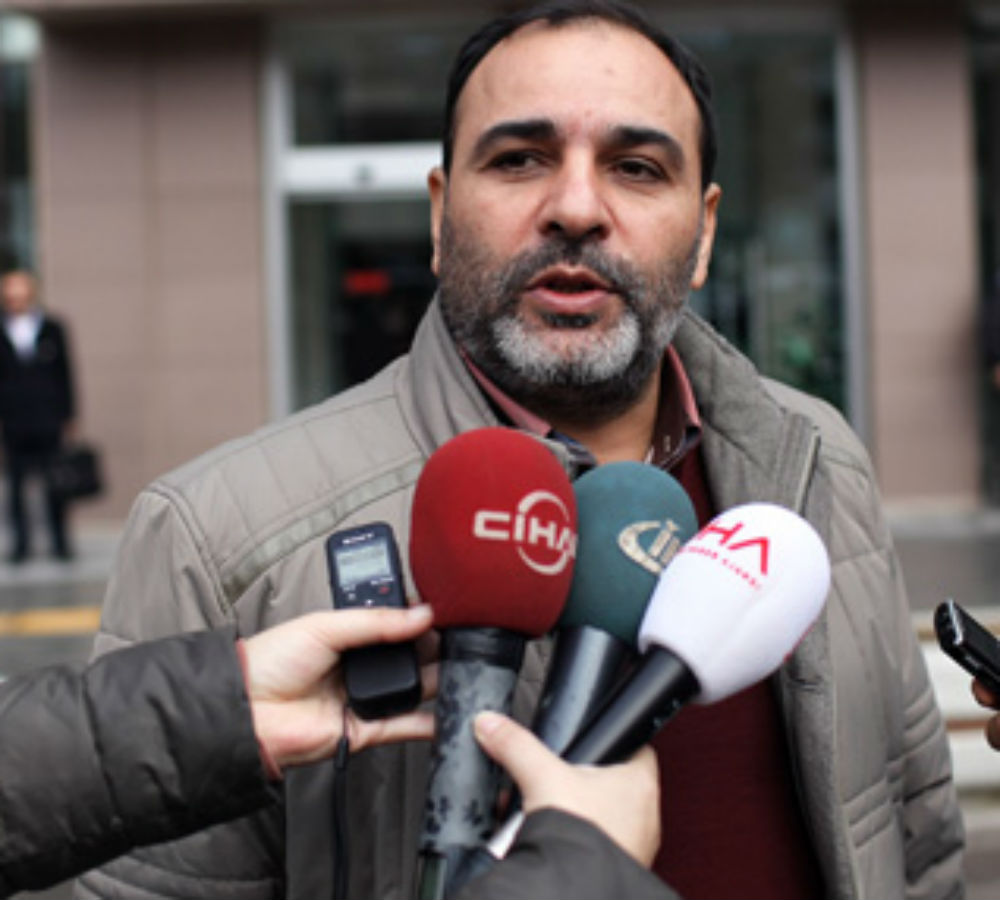 Former Today’s Zaman columnist and Editor-in-Chief Bülent Keneş has been sentenced to two years and seven months in prison for “insulting” President Recep Tayyip Erdoğan in a series of tweets.

The İstanbul 44th Criminal Court of First Instance announced its ruling in a case filed against the journalist by Erdoğan over accusations of insulting the president. The court sentenced Keneş to two years and seven months in prison, arguing that his comments on Twitter “went beyond limits of criticism.”

As the trial was underway, Keneş was arrested on Oct. 9, 2015 on charges of “insulting” President Erdoğan in a series of tweets that the journalist said was simply him expressing a critical opinion.

After being held in prison for five days, the İstanbul 8th Penal Court of Peace ruled to release Keneş pending trial.

Also last year, an Ankara court on June 6 decided to convict Keneş and hand down a suspended prison sentence of 21 months to over a tweet that allegedly insulted Erdoğan.

Keneş did not mention the president’s name in his tweet. The prison sentence attracted worldwide condemnation, with Brussels highlighting concerns over press freedom in Turkey.

Pressure on journalists has been rapidly increasing in Turkey over the past several years. It has almost become a daily occurrence for Erdoğan and Justice and Development Party (AK Party) officials to sue journalists either for their reports or simply because of tweets they dislike. Many journalists are facing terrorism charges or charges related to the alleged insulting of state officials.

Hundreds of people have recently been charged and some detained after being accused of insulting Erdoğan since he was elected president in August 2014. Anti-government journalists and public figures in particular have been targeted by the police and prosecutors on the grounds that they have insulted Erdoğan. These developments are widely considered a new method of intimidating political opponents who do not share the government’s views.

Dozens of people, including journalists Cengiz Çandar, Ahmet Altan, Sedef Kabaş, Hidayet Karaca and Mehmet Baransu, high school students, activists and even Merve Büyüksaraç — a former Miss Turkey, have been prosecuted for insulting Erdoğan on social media such as Twitter and Facebook.

The law that makes insulting the president a criminal offense has become a method of intimidation against people who are vocal in their criticism of Erdoğan.