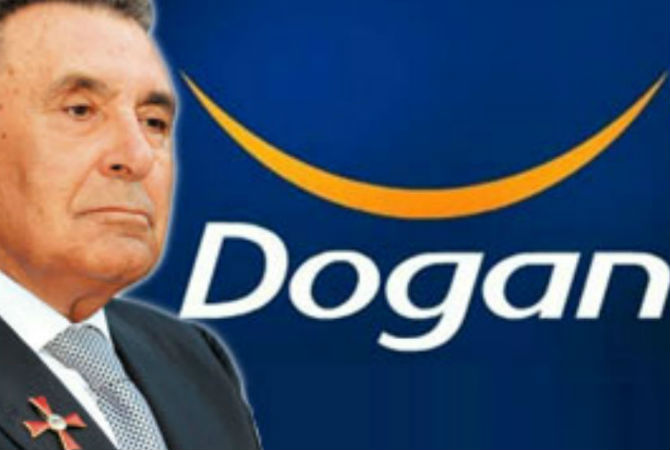 Turkey’s Doğan Holding has rejected allegations about its honorary chairman Aydın Doğan who has recently been indicted on charges of oil smuggling along in Petrol Ofisi (POAŞ), an oil retailer it formerly owned.

An İstanbul high criminal court has accepted a 85-page long indictment, against Doğan, his daughter Hanzade Boyner and chairman of Turkey’s largest private lender, İşbank,  Ersin Özince and 44 other suspects, accusing them of fuel-smuggling, tax-evasion, organized crime, forgery of documents, violations of anti-smuggling laws and setting up criminal network.

The Doğan Holding vice president responsible for corporate communication, Ahter Kutadgu, released a statement on Tuesday in which he responded to the accusations against Doğan cited in the indictment, describing them as “baseless” and “slanderous.”

“Baseless claims about Petrol Ofisi (POAŞ), which have been brought to attention several times before, and have been cleared several times through tax examinations and lawsuits, are being mentioned again with an indictment taking place in the media,” said the statement.

With regards to accusation suggesting that Doğan was involved in tax evasion in POAŞ, the statement said the state imposes zero customs tax on fuel product imports, so claiming that POAŞ committed tax fraud in its imported fuel products is nonsense.

Dwelling also on claims about POAŞ’s making unjust profit, it said as an open-to-the-public company, POAŞ has been regularly inspected by state institutions, adding that there is no illegal side to its processes and imports.

“There has not been even one unjust penny gained. ”

The accusation against Doğan and Özince claiming that they are the members of a “criminal organization” has also been rejected by the Doğan Holding which described the allegation as a “relentless attack” on Doğan and Özince.

“Calling Aydın Doğan, who has been serving our country’s economy for 60 years, who is an honest, law-respecting, and honorable businessman, who creates jobs for tens of thousands of people, who is the founder and honorary president of one of Turkey’s few companies ‘a member of a criminal organization” is nothing more than a relentless attack. Aydın Doğan works according to the law; he does not form criminal organizations. Also, Aydın Doğan and Ersin Özince are not direct partners in POAŞ and even this fact is nothing more than proof showing how carelessly this slander was generated,” said the holding’s statement.

Prosecutors ask 24.5 year jail time for both Doğan and Özince, from 7.5 years to 21.5 for dozens of others suspects listed in the indictment.

Doğan Holding, which owns the Doğan Media Group, has come under immense pressure from the Justice and Development Party (AK Party) government to its critical stance.

Although the media group is said to have softened its critical editorial stance, it has not been able to save itself from facing what many say “politically-motivated” accusations.