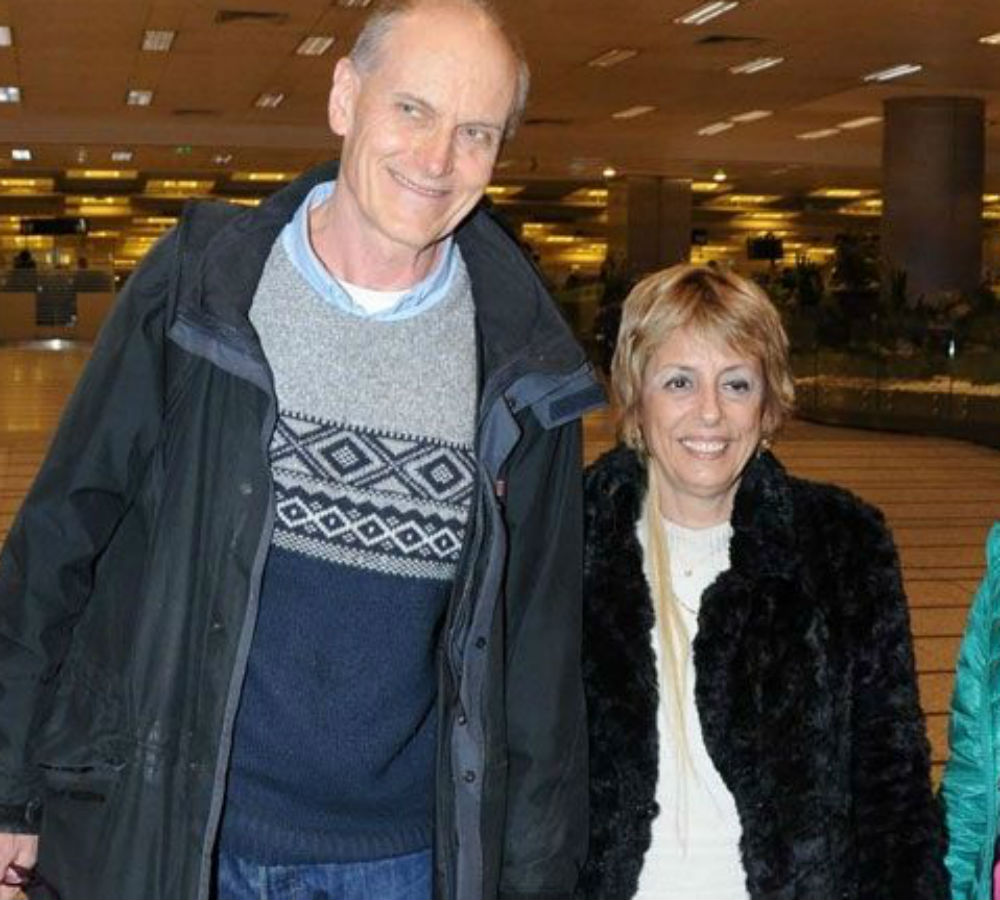 Chris Stephenson, a British academic who left Turkey last week after a prosecutor wanted his deportation accusing him of “making terrorist propaganda,” returned to Turkey on Tuesday.

Stephenson, a computer sciences lecturer at Bilgi University in İstanbul, was detained  on March 16 at a courthouse in İstanbul where he had gone to support three scholars charged with making terrorism propaganda.

The academic was detained when security guards found Nevruz, a spring festival, invitations in his bag and then police detained him. A prosecutor who launched an investigation against Stephenson subsequently asked his deportation from the country where he has lived for 25 years.

The academic left Turkey on March 17 without waiting for the issuing of a court decision regarding his deportation.

Speaking moments before his departure Wednesday from İstanbul’s Atatürk Airport, he told The Associated Press that there was “no offense, no trial, just an administrative decision to deport me after 25 years of residency in Turkey.”

Stephenson returned to Turkey on Tuesday after an İstanbul court decided to turn down the prosecutor’s request for his deportation.

The academic said he experiences a bittersweet joy for returning to Turkey while voicing his regret over the arrest of the three academics, Esra Mungan, Kıvanç Sevinç and Muzzafer Kaya.

“There is not yet peace in Turkey, people are being killed and bombs are exploding, this is a very saddening thing. The only thing I want to say is ‘may peace come,'” said Stephenson.

The three academics were arrested on March 15 on charges of making terrorist propaganda. They were among 1,000 scholars who signed a declaration denouncing military operations in the country’s southeast.

The declaration frustrated President Recep Tayyip Erdoğan and the Justice and Development Party (AK Party) government  and led to legal proceedings against some of the academics.