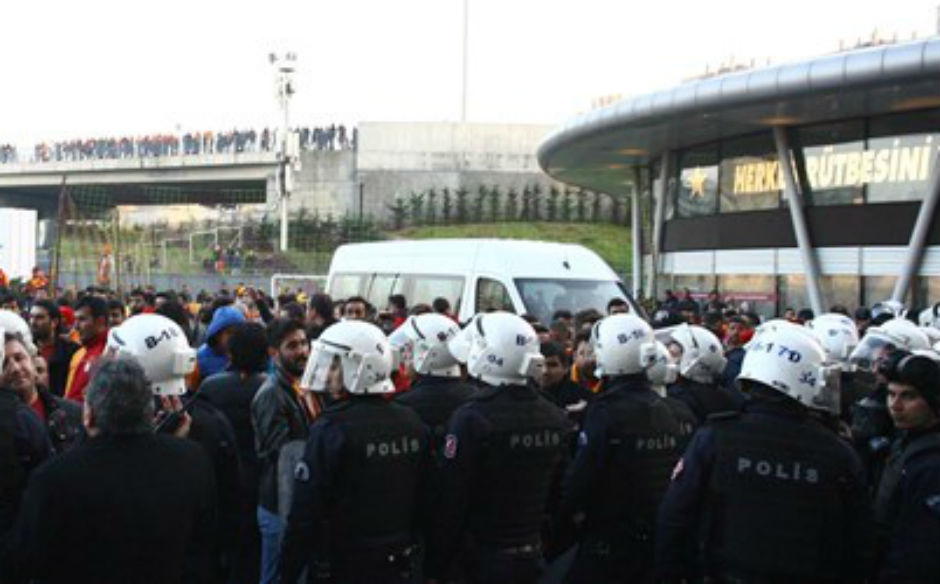 Turkish authorities postponed a soccer match between archrival İstanbul teams Galatasaray and Fenerbahçe on Sunday over security concerns in the wake of a deadly bombing in central İstanbul on Saturday.

The Super Toto Super League match was called off at short notice, a day after a suicide bomber killed four people in the Taksim neighborhood.
The İstanbul Governor’s Office said the decision had been taken “after the evaluation of credible intelligence”.

Galatasaray and Fenerbahçe fans had already begun to arrive for match at Galatasaray’s Turk Telekom Arena Stadium when the announcement was made.

A suicide bomber blew himself up along the İstiklal Street on Saturday amid growing security concerns in the country. The attack, which was carried out by an Islamic State of Iraq and the Levant (ISIL) militant according to preliminary findings, claimed the lives of four people along with the suicide bomber.

Three of the victims were Israelis while the fourth one was an Iranian national. A total of 36 people were also injured in the attack.