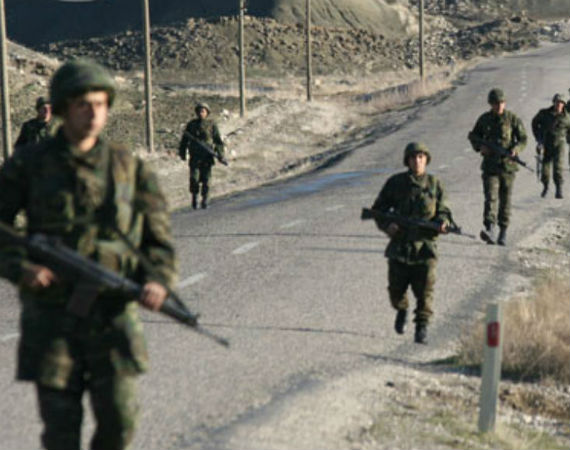 Three members of Turkish security forces were killed during operations carried out against the terrorist Kurdistan Workers’ Party (PKK) in Turkey’s restive southeast on Saturday.

A special forces police officer was critically injured when terrorists opened fire on police in the Fırat neighborhood of Mardin’s Nusaybin district early on Saturday. Police officer Oğuzhan Günaydın was immediately hospitalized but doctors were unable to save him.

Also in the same neighborhood, Spec. Sgt. Bilal Kurtoğlu was killed when hand-made explosives were exploded later in the day.

After security forces stepped up operations after the death of two comrades, fierce clashes erupted with the terrorists. Another special sergeant was also killed during the clashes.

A curfew was imposed in Nusaybin on March 14. Hundreds of militants, members of Turkish security services and civilians have been killed since last summer, when a two and half years old fragile peace process fell apart.