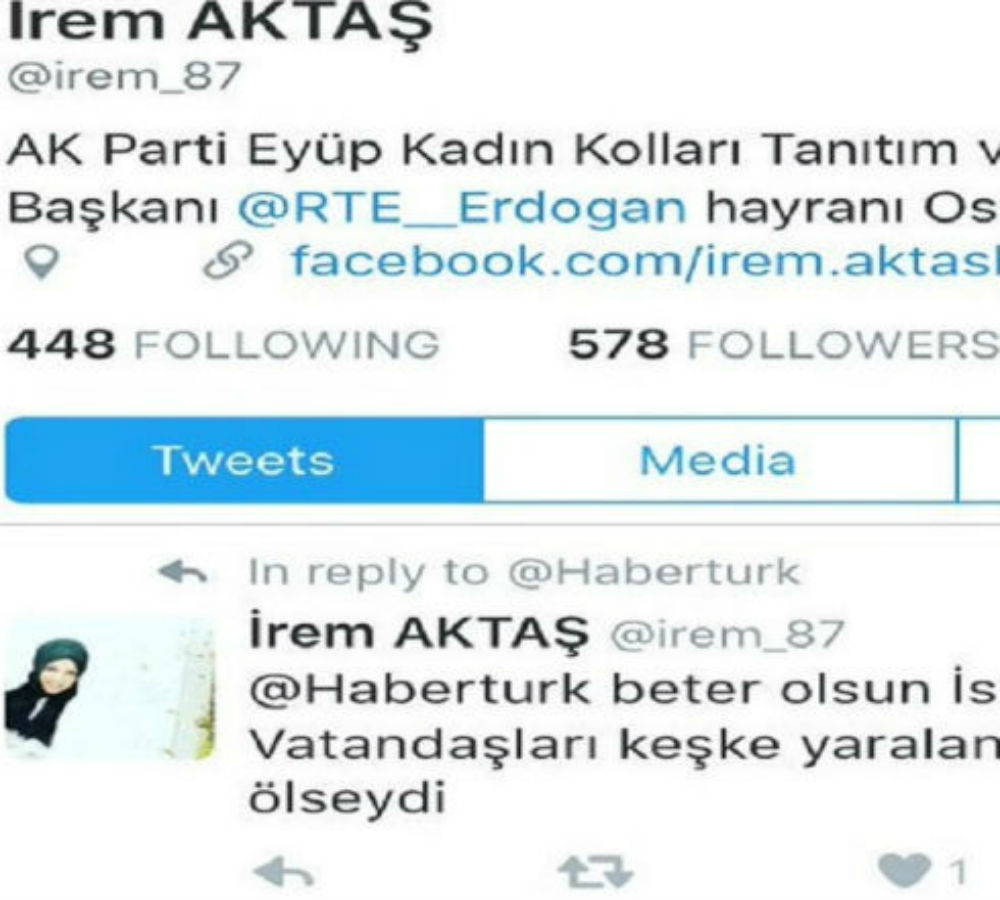 The Justice and Development Party (AK Party) took action to expel an official who shared a post on Twitter on Saturday in which she said she hoped that the Israelis who were wounded in the Istanbul attack “were all dead.”

The post by İrem Aktaş, a member of the AK Party’s Eyüp District Women’s Branch, triggered a backlash on the social media site, causing the user to shut down her account.

Turkish media reported that one of those killed in the bomb attack on Saturday morning, when a suicide bomber detonated an explosive near İstiklal Avenue in İstanbul, is an Israeli citizen. Six more Israelis are thought to be among the 36 wounded by the explosion.

Later in the day, AK Party Women’s Branches Eyüp Chairwoman Hatice Yücel said Aktaş’s post does not reflect the opinions of the AK Party, adding that the party has taken action for the expulsion of Aktaş from the party.