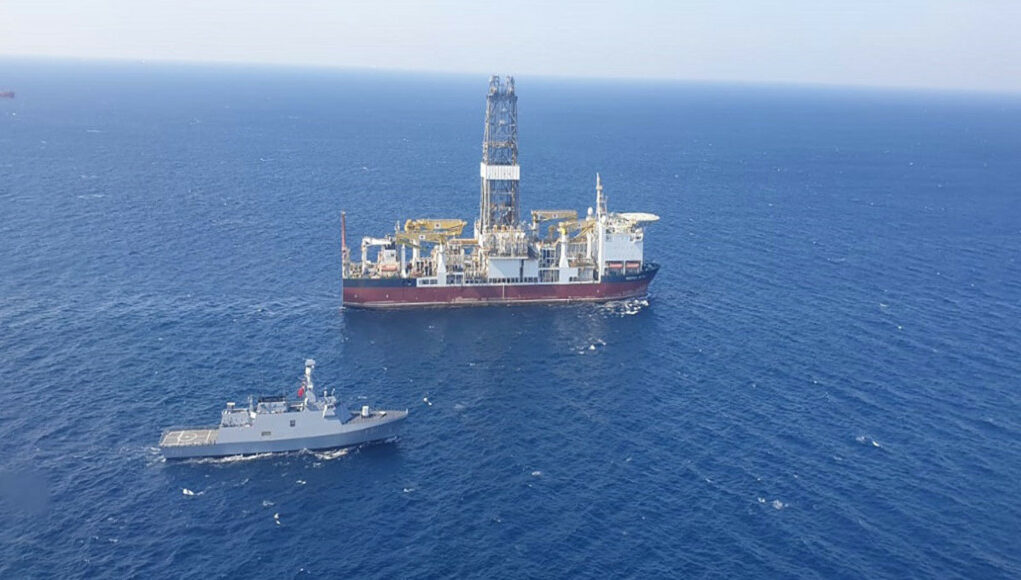 Israel, Egypt and the European Union signed a trilateral natural gas agreement in Cairo on Wednesday as Europe struggles to find an energy strategy to replace the Russian supply on which it has depended for decades. After a hiatus of 14 years, the official visit of Israeli President Isaac Herzog to Ankara on March 9 created an optimistic atmosphere in relations between the two countries, which had long been in trouble. The government of Turkish President Recep Tayyip Erdoğan had begun to take for granted realization of a project to transport natural gas extracted by Israel from the eastern Mediterranean to Europe via a pipeline through Turkey. For days, media close to the Erdoğan government talked about how the reconciliation between Turkey and Israel would make Turkey an energy hub in the eastern Mediterranean. But the agreement signed by Egypt, Israel and the EU dashed the Erdoğan government’s hopes. While the EU tried to save the natural gas valve from a dictator (Putin), it decided not to hand it over to a new autocratic leader (Erdoğan). Egypt — instead of Turkey — has taken another critical step toward becoming an energy hub in the eastern Mediterranean.

A memorandum of understanding (MOU) to export Israeli gas to Europe via two Egyptian LNG plants was signed by the energy ministers of Israel, Egypt and the EU on June 15 as the EU seeks to reduce its energy dependence on Russia. The EU imported 155 billion cubic meters (bcm) of gas from Russia in 2021, accounting for about 40 percent of the EU’s total consumption. The signing of the MOU came a day after Russian state-owned Gazprom announced it would reduce the capacity of the Nord Stream pipeline — the main gas supply link to the EU — by 40 percent due to delays in repairs, leading to a 15 percent increase in gas prices. Israel cannot take Russia’s place altogether, but eastern Mediterranean states can provide about 20 bcm annually, most of which would come from Israel. According to industry sources, Israel is on track to double its annual gas production to about 40 bcm in the next few years as it expands its projects and brings new fields online.

The EU, Israel and Egypt agreed to work on a plan to make gas exports to Europe more efficient. The EU will encourage European companies to search for and produce natural gas in Israeli and Egyptian exclusive economic zones. The sides also agreed to work together on carbon capture and the reduction of carbon emissions as well as to cooperate with the private sector on green energy and energy efficiency initiatives.

The total capacity of Egypt’s LNG facilities (the Idku and Damietta LNG terminals) is 19 bcm. According to Refinitiv Eikon data, Egypt exported 8.9 bcm of LNG last year and 4.7 bcm in the first five months of 2022, with the majority going to Asia. Thanks to cooperation between Israel and Egypt in the energy field, there are plans to use Egypt’s LNG facilities at total capacity and export most of the gas to Europe.

The natural gas will be transferred from Israel to Egypt via an existing pipeline, where it will be liquefied and re-exported by Egypt. “This will contribute to our energy security. And we are building infrastructure fit for renewables — the energy of the future,” European Commission President Ursula von der Leyen said at the signing ceremony in Cairo.

“With the beginning of this war and the attempt of Russia to blackmail us through energy by deliberately cutting off the energy supplies, we decided to cut off and to get rid of the dependency on Russian fossil fuels and to move away from Russia and diversify to trustworthy suppliers,” von der Leyen said at a joint news conference with Israeli Prime Minister Naftali Bennett in Jerusalem on June 15, at the end of a two-day visit to Israel and the West Bank.

The MOU was signed in Cairo as Egypt was hosting the East Mediterranean Gas Forum (EMGF). The EMGF, a platform for gas producers, consumers and transit countries to cooperate on developing infrastructure for gas trade within the region and with external markets, was formed by Egypt, Cyprus, France, Greece, Israel, Italy, Jordan and Palestine in 2019. The organization’s formal charter was signed in September 2020. The EU and the US are permanent observers.

Feeling very alone in the region, Turkey abandoned Blue Homeland by making a radical policy shift in the eastern Mediterranean when the EU threatened sanctions in December 2020. Turkey launched an intensive diplomatic initiative to normalize relations with the United Arab Emirates, Saudi Arabia, Egypt and Israel. But although Turkey’s radical policy shift was welcomed rhetorically by the EU and Israel, in practice the EU and Israel preferred Egypt instead of Turkey for energy cooperation in the eastern Mediterranean. No country wants to enter into a long-term, interdependent cooperation with Erdoğan’s Turkey because of the unpredictability of Turkish foreign policy. Unfortunately, since there are no democratic institutions to challenge the Erdoğan government’s foreign policy, we will not be able to find out why Turkey lost its reputation as a reliable country in the eastern Mediterranean for the sake of the Blue Homeland doctrine. It is a fact that Turkey is a country that can become an energy hub in the eastern Mediterranean, but Egypt has become an energy hub instead of Turkey, thanks to the Blue Homeland doctrine developed by Erdoğan and his coalition partners in line with their domestic political goals.