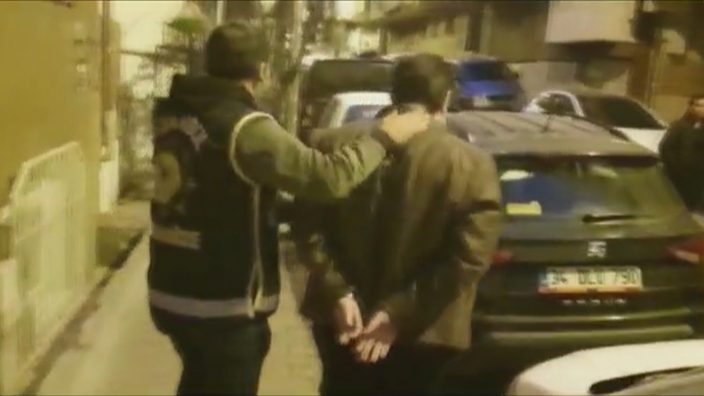 Detention warrants have been issued for 224 people including 54 civil servants as part of an investigation conducted by the Anadolu Chief Public Prosecutor’s Office, local media reported on Tuesday.

The 54 civil servants for whom the warrants were issued were for the most part police officers and engineers serving at the Kadıköy Municipality, run by the main opposition Republican People’s Party (CHP).

According to Turkish media reports, the detention warrants were issued for 224 people on suspicion of “giving or accepting a bribe,” “acting as an intermediary [in bribery]” and “forgery of official documents.”

Simultaneous police raids were carried out on numerous locations as part of the İstanbul-based operation in İzmir, Adana, Kocaeli and Şırnak provinces.

The operation comes on the heels of a top court ruling against the CHP’s İstanbul chair, which was seen by opponents of President Recep Tayyip Erdoğan as a crackdown on the opposition ahead of next year’s presidential and parliamentary elections.

Turkey’s Supreme Court of Appeals last week upheld a political ban and prison sentence for CHP İstanbul chairperson Canan Kaftancıoğlu on charges of insulting the president and the Turkish state in tweets posted between 2012 and 2017. She had been free pending appeal.

The decision attracted condemnation and anger from opposition politicians as well as members of the country’s intelligentsia, with many referring to Kaftancıoğlu’s key role in the shock victory of the CHP’s Istanbul mayoral candidate Ekrem İmamoğlu in 2019 — the first time Erdoğan’s ruling Justice and Development Party (AKP) had lost power in Turkey’s biggest city in 25 years.