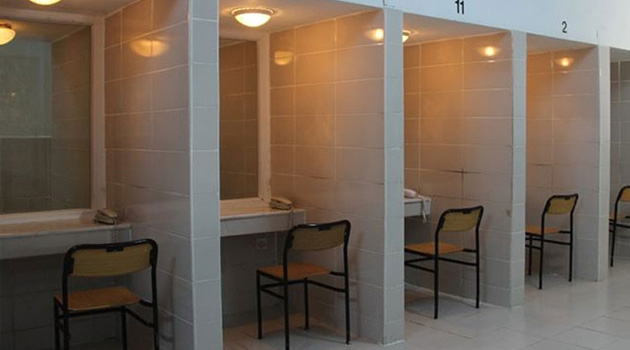 Turkey’s Constitutional Court has ruled that recording conversations between inmates and their visitors during non-contact visitation, in which the parties are separated by a partition and speak on a phone, in prisons violates the constitution, Turkish media outlets reported.

The court made its ruling on March 2 based on individual applications filed by a group of inmates in various prisons across Turkey at different times who claimed that their right to communication and their right to respect for private and family life had been violated.

The court ruled that the applicants’ right to communication and right to respect for private and family life had been violated and ordered the payment of TL 13,500 ($900) to each of them in non-pecuniary damages.

Turkey’s prisons are notorious for their human rights violations, which frequently find their way into the reports of the rights organizations. According to a report from the Association for the Freedom of Lawyers (ÖHD) earlier this year, human rights violations of detainees and inmates are continuing with increasing cases of unlawful strip-searches, abuse and torture in Turkey’s prisons.

ÖHD interviewed inmates and their families and found that inmates were increasingly subjected to physical and psychological violence.

The report said that despite the COVID-19 pandemic, inmates were frequently transferred between prisons against their will. In each transfer they were made to undergo strip-searches, and if they resisted the searches, they were beaten by guards or subjected to disciplinary punishment.

The number of inmates who have received disciplinary punishment has risen by 365 percent in the last 10 years, the report said.