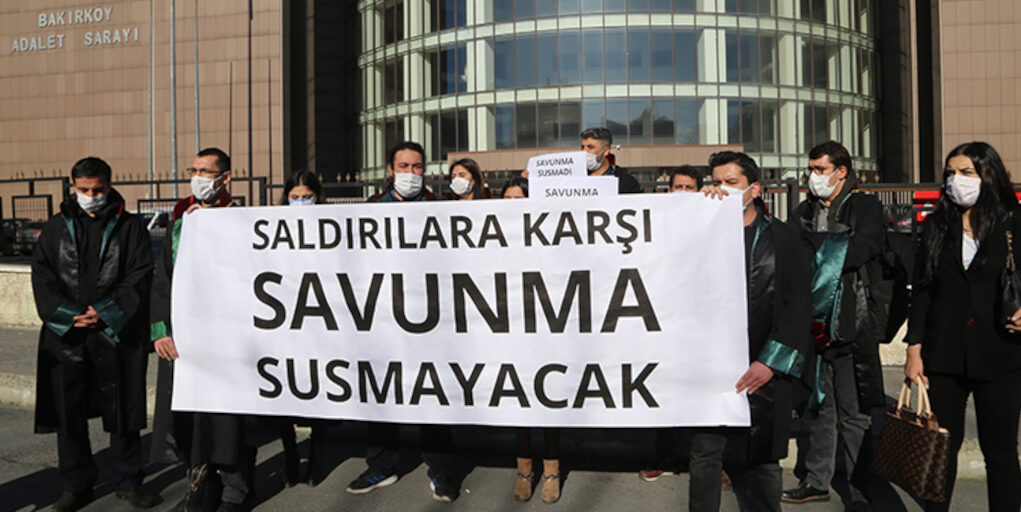 In a statement on the occasion of Lawyers’ Day in Turkey, the American Bar Association said Turkish lawyers continue to be arrested, charged, tried and imprisoned for doing their jobs, the Stockholm Center for Freedom reported.

Joining Turkish lawyers and legal professionals to commemorate Lawyers’ Day, ABA reiterated its support for the professional independence of their colleagues in Turkey.

Turkey celebrates Lawyers’ Day on April 5 of every year, paying tribute to lawyers and other legal professionals.

Turkey has prosecuted more than 1,600 attorneys and arrested 615 of them on terrorism charges since a failed coup in 2016, according to a report from the Arrested Lawyers Initiative, an advocacy group defending lawyers’ rights.

Lawyers have particularly been targeted due to the identities or affinities of their clients, report said.

In the latest incident of operations targeting lawyers in Turkey, the police detained four lawyers as part of an operation carried out in İstanbul last week.

The ABA is the largest voluntary association of lawyers in the world, according to its statement.