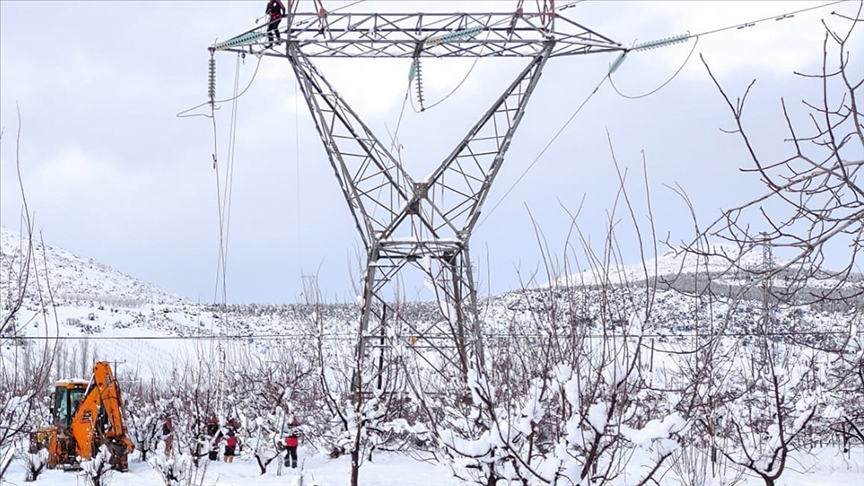 A tender for burying power lines underground in the western Turkish province of Isparta has been awarded to a subsidiary of the Akdeniz Electricity Distribution Company (AEDAŞ), a pro-government company that was blamed for recent days-long power outages in the city caused by heavy snowfall, Deutsche Welle Turkish service reported on Tuesday.

In Isparta, users initially spent four days without electricity following heavy snowfall on Feb. 3. A similar situation in which electricity was not supplied to the city for up to 48 hours in some districts also took place after a snowfall on March 2.

According to DW, AEDAŞ awarded five out of six public tenders it had held on March 24 for underground power lines in Isparta to BEDA Energy, a subsidiary. The company will install electrical cables underground in much of the city for nearly TL 245 million ($16.6 million) by the end of the year, DW said.

The development drew criticism from opposition politicians and professional chambers.

Main opposition Republican People’s Party (CHP) Isparta Provincial Chairman Yalım Halıcı blamed the ruling Justice and Development Party (AKP) for failing to make sure that an effective investigation was being carried out into AEDAŞ.

“While we are waiting for criminal penalties to be imposed on the company concerned, we see that it has been rewarded [with tenders]. … It’s not acceptable for such companies that have caused so much grief to this country to be rewarded like this. We see that the AKP hasn’t changed its ways,” Halıcı told DW.

Chamber of Electrical Engineers (EMO)’s Isparta representative Güner Merdan also said it wasn’t clear under what conditions such tenders were being conducted, calling on the Turkish Electricity Distribution Corporation (TEDAŞ) to inspect the process of tenders awarded to AEDAŞ.

DW Turkish service noted that BEDA Energy and AEDAŞ refused to answer their questions on the tenders that sparked the criticism targeting them.

Turkey’s Energy Market Regulatory Authority (EMRA) previously had announced it had launched an investigation into AEDAŞ, which is blamed for the days-long power outages in Isparta and is owned by Cengiz Holding and Kolin Construction, both companies of pro-government businessmen known as part of the “gang of five.”