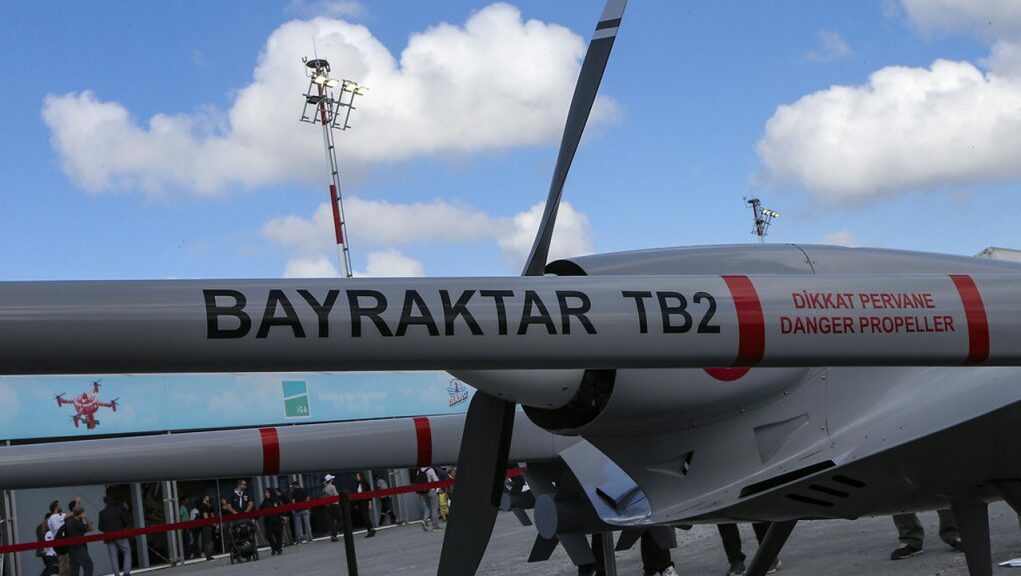 Experts have said they expect the effects of Turkish-made Bayraktar TB2 unmanned aerial vehicles on the Russia-Ukraine war to be “limited” due to their limited loading capacity, among other reasons, Deutsche Welle Turkish service reported on Wednesday.

The TB2, which has a proven track record in conflicts in Libya, Syria and Nagorno-Karabakh, have also been deployed by Ukrainian forces against Russian troops since Moscow launched its military operation on Feb. 24.

It’s unclear how many drones Ukraine actually has at its disposal and how often they are used against Russian troops, DW said, adding that both the claims that they have been successful against Russian troops and that Russia shot down some of them need confirmation, since they haven’t been verified by independent sources.

Ukraine has had TB2 drones since 2019 and has purchased around 50 over the past three years. The Ukrainian Defense Ministry stated in early March that a further, unspecified number of TB2 drones had been purchased and that these were ready to enter combat. Ukrainian President Volodymyr Zelensky also said his country had benefited greatly from the Turkish-made drones.

When asked whether TB2s could be game-changers in the Russia-Ukraine war, Wolfgang Richter, a retired colonel in the German army and a military expert at the German Institute for International and Security Affairs (SWP), told DW that one should “approach [the topic] warily.”

Noting that a drone can only attack one target at a time, Richter said if the Ukrainian military did have all the drones it had ordered, it could inflict losses on the Russian side but compared to ground combat, the impact of drone warfare would be limited.

Dr. Daria Isachenko, an expert on security and defense policy at the Center for Applied Turkey Studies at SWP, also told DW that the TB2 is mainly referred to as reconnaissance aircraft due to its limited loading capacity.

According to the Baykar website, the TB2s, which are 39 feet long with a wingspan of 21 feet and an operational altitude of 18,000 feet, can fly up to 138 miles per hour and can carry four smart munitions, or up to 330 pounds.