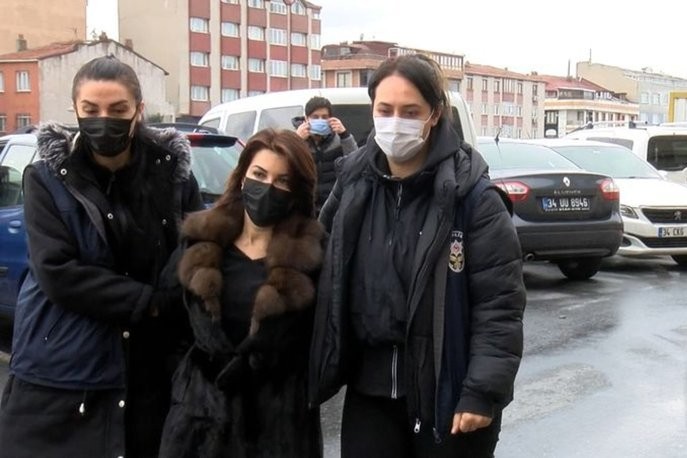 An İstanbul court on Monday accepted an indictment that seeks a prison sentence of up to 13 years for a TV journalist who was arrested last month on charges of insulting Turkey’s president.

Sedef Kabaş is charged with insulting the president and insulting a public official in the indictment, which seeks a maximum prison sentence of 12 years, 10 months.  Earlier reports said the indictment suggested a jail sentence of 11 years, eight months for the journalist.

The public officials whom Kabaş is accused of insulting in the indictment, accepted by the İstanbul 36th Criminal Court of First Instance, are Interior Minister Süleyman Soylu and Transportation Minister Adil Karaismailoğlu in addition to President Recep Tayyip Erdoğan.

The court has scheduled the first hearing of the trial for March 11. Kabaş’s lawyer Uğur Poyraz announced on Monday that he had submitted a new petition to the court demanding Kabaş’s release, which the court rejected in a decision on Tuesday.

Kabaş, who was detained during a midnight police raid in İstanbul on Jan. 22 following comments she made about Erdoğan on Tele1 TV on Jan. 14, was arrested pending trial by a court later the same day.

Kabaş also posted the proverb on Twitter, which prompted an investigation into her on charges of insulting the president.

In a separate defamation lawsuit, Erdoğan demanded TL 250,000 ($18,490) from Kabaş in non-pecuniary damages for her allegedly insulting remarks targeting him.

Twenty-nine international human rights and journalists organizations, including ECPMF, International Press Institute (IPI), Association of European Journalists (AEJ), Committee to Protect Journalists (CPJ), Freedom House, International Federation of Journalists (IFJ) and PEN Turkey, in a joint statement earlier this month called for the release of Kabaş from pre-trial detention and for an end to the judicial harassment of the independent media in Turkey, according to European Centre for Press and Media Freedom (ECPMF).

The international groups also called for the withdrawal of broadcast fines and bans against TELE1 and an end to the discriminatory issuance of punitive measures against independent broadcasters by Turkey’s broadcasting watchdog, the Radio and Television Supreme Council (RTÜK).

RTÜK earlier in February imposed a fine on the Tele1 TV station and temporarily halted the broadcast of one of its programs due to Kabaş’s remarks.