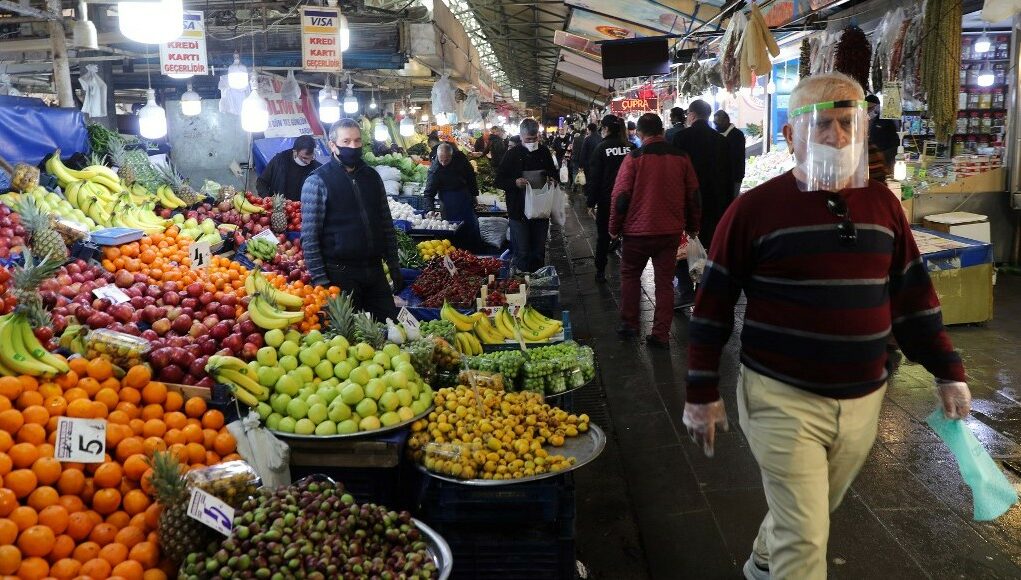 Turkey’s annual inflation jumped more than expected to 48.69 percent in January, nearly a two decade high according to data on Thursday, fueled by a series of unorthodox interest rate cuts and a crash in the lira currency late last year, Reuters reported.

The producer price index soared 10.45 percent month-on-month in January for an annual rise of 93.53 percent, in a reflection of the foreign exchange-related turmoil in recent months.

Meanwhile, Turkey’s newly appointed finance minister Nureddin Nebati said on Wednesday that he sees the country’s runaway inflation peaking in April at a level below 50 percent and he expects the lira to stabilize this year.

“I do not think we will see 50 percent. I hope I am not wrong,” said Nebati in an exclusive interview with Nikkei Asia in Ankara on Wednesday.

The minister said Turkey has a “serious inflation problem ahead of us,” but added that the rest of the world is experiencing similar problems.

“We expect high inflation in January, and then it will keep its level for some time. In the summer it will start to show recovery and will radically decline in December due to the base effect,” he said.

The minister was appointed by President Recep Tayyip Erdoğan in December — one of many personnel changes in recent years by a leader who goes against the economic mainstream by pushing for interest rate cuts to combat inflation.