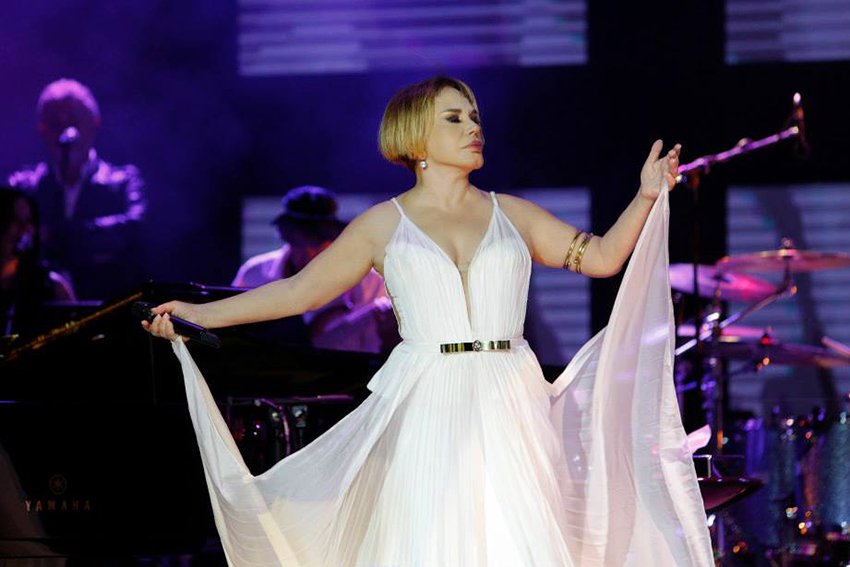 Turkey’s pop music diva, Sezen Aksu, who has been directly targeted by President Recep Tayyip Erdoğan due to the lyrics of one of her songs in which she allegedly insulted religious values, has been receiving growing public support in the wake of the defamation campaign she has been subjected to.

Aksu became the center of controversy, criticism, attacks and threats from conservative and religious circles when she posted her song, which she first released in 2017, on her YouTube channel two weeks ago with a note to celebrate 2022. “Pleasure and pain, plans and games, standing tall or hitting the bottom, it is wonderful to be alive,” go the lyrics. “Here we are, on a rollercoaster, heading straight to disaster, say hi to that ignorant Adam and Eve.”

President Erdoğan on Friday jumped on the bandwagon of people criticizing and threatening Aksu, telling a group who had gathered for Friday prayers at a mosque in İstanbul that “nobody can insult Hz. Adam and Hz. Eve,” using the honorific religious titles, and that if they attempt to do so, it is their duty to rip out their tongues.

Erdoğan’s threats against Aksu, which he made without mentioning the singer’s name, and the fact that he used a mosque as a venue to attack her have attracted widespread criticism, with many raising their voices in support of the singer.

Two hundred seventeen prominent people, including singers, writers and journalists such as novelist Elif Şafak, journalist Ece Temelkuran and actress Nur Sürer, signed a petition over the weekend in which they told Aksu she is not alone and will never walk alone.

“We are watching with great regret the remarks of President and Justice and Development Party Chairman Recep Tayyip Erdoğan that target singer Sezen Aksu and ignore freedom of expression. We are completely against this attack on Aksu, who has been writing and singing for 47 years, contributing the cultural heritage of this country. We don’t want a county where Aksu’s freedom of expression is restricted and her tongue is ripped out,” said the group in their statement, adding that they would do their best to protect freedom of expression for everyone in the country.

Nobel Prize-winning Turkish novelist Orhan Pamuk also expressed support for Aksu, saying in remarks to the T24 news website that Aksu is a great singer and that he stands beside her.

“Millions are with Aksu today. We will not be a state or a nation that crushes its artists. Sezen Aksu is a source of pride for all of us,” Pamuk said.

İYİ (Good) Party leader Meral Akşener also released a statement on Erdoğan’s remarks about Aksu and the arrest of a famous TV journalist, Sedef Kabaş, on Saturday on charges of insulting Erdoğan.

Akşener said the government is trying to intimidate its critics and the public over Aksu and Kabaş because it realizes it’s losing support and is resorting to such tactics to regain it.

In the meantime, Aksu issued a statement on Saturday offering her thanks to everyone who expressed support for her and said the ongoing debates are not actually about her but about the country.

She said she wrote a new song titled “Hunter” with lyrics that openly address Erdoğan, saying, ““You can’t crush my tongue.”

The lyrics were quickly translated into more than 50 languages after a campaign was launched on Twitter by Rober Koptaş, an Armenian writer and journalist who first translated the lyrics of the song into Armenian.