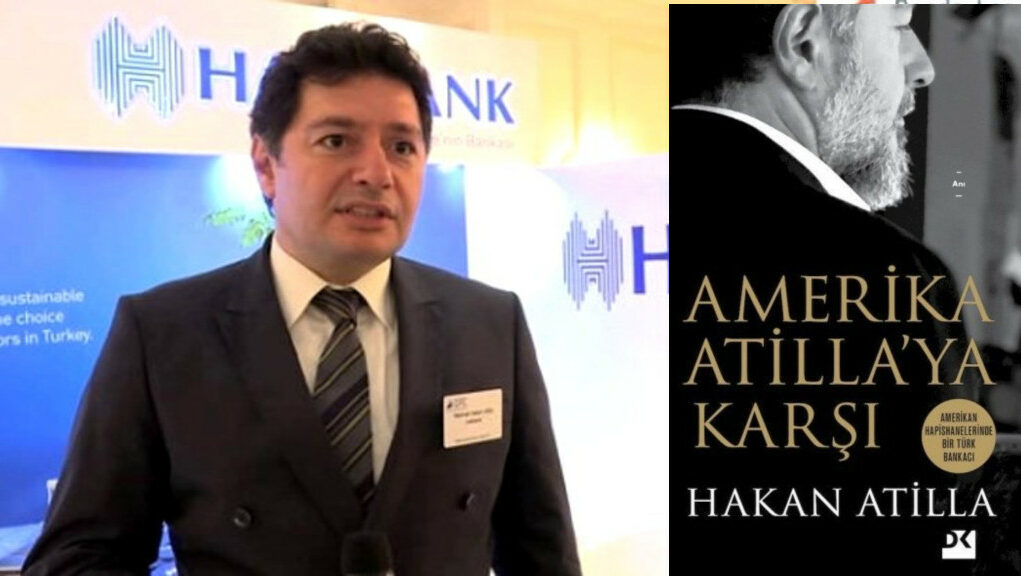 A top Turkish banker convicted by the US of helping Iran evade US sanctions has written a book that includes his recollections of the judicial proceedings against him, the Tr724 news website reported on Friday.

Mehmet Hakan Atilla, who served as deputy director general for international banking of Turkish lender Halkbank, was convicted in 2018 of plotting to help Iran evade US sanctions in a multi-billion dollar gold-for-oil scheme.

His book, titled, “Amerika Atilla’ya Karşı, Amerikan Hapishanelerinde Bir Türk Bankacı” (US vs. Atilla: A Turkish Banker in US Prisons), was recently released by the Doğan publishing house. The book details Atilla’s interception by FBI agents at a US airport, detention, court proceedings and imprisonment.

“In the spring of 2017, Hakan Atilla was returning from a business trip with his colleagues, unaware that he would be taken into custody by FBI agents at JFK Airport in New York. When he was arrested and sent to jail, he started to write down notes about his experience despite difficult conditions,” the book says on its back page.

Atilla was released from prison in the US in 2019 after spending 28 months behind bars, and returned to Turkey, where he was welcomed as a hero by the administration of President Recep Tayyip Erdoğan. Erdoğan dismissed the allegations against him, insisting the case against Atilla was “politically motivated.”

Atilla was named head of the Borsa İstanbul stock exchange in October 2019. However, he resigned in March, prior to an approaching New York trial of Halkbank.

A US federal court is expected to hear a case against Halkbank this year after charging it with six counts of fraud, money laundering and sanctions offenses in 2019.

Halkbank faces a substantial fine for facilitating transactions that helped Iranian officials circumvent US sanctions in 2012 and 2013 for the nation’s nuclear program.

Relations between the two NATO allies remain strained over the Halkbank dispute, Syria and other international issues.