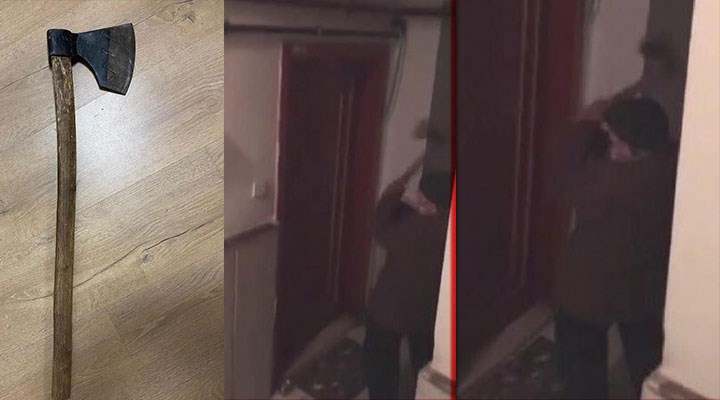 Amid a rising number of hate crimes targeting refugees in Turkey, a landlord and his son  attacked their own rental unit in İstanbul, breaking down the front door with an ax while their Syrian tenants were sleeping, after the family rejected a 230 percent rent increase and refused to move out, the Demirören News Agency (DHA) reported on Friday.

The incident took place after the family of seven Syrian refugees who had been living in a rented apartment in Bayrampaşa for the past two years refused to leave.

Their 92-year-old landlord, identified as Naim Akgün, initially increased the rent from TL 1,200 to TL 3,000, in an attempt to make the tenants move out and then along with his 65-year-old son İhsan Akgün attacked the unit with an ax after the tenants said they couldn’t afford to pay the increased rent in addition to refusing to leave.

After breaking down the front door while the family was asleep, the Akgüns continued their rampage inside the apartment, DHA said, damaging some of the family’s belongings.

The family woke up and cried for help. The attackers left after neighbors arrived.

Speaking to DHA, family member Esma S. said the attack felt as if they were back in the middle of the civil war in Syria.

“If the [neighbors] hadn’t come, he could have killed us,” she added.

Following the incident police detained the father and son. They were then referred to court on charges of “illegal entry and “property damage,” DHA said. İhsan Akgün was arrested, while his father was released under judicial supervision, probably due to his age.

After the attack, Naim Akgün also reportedly shut off the water and gas to the apartment.