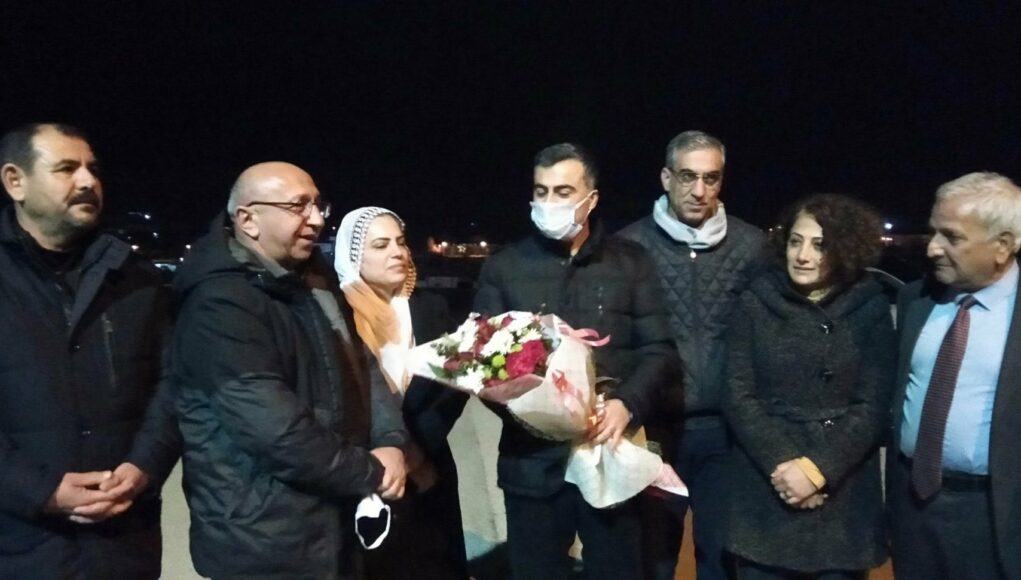 Zeydan had spent the last five years in prison.

Zeydan was arrested in a mass crackdown on the party in November 2016 along with other politicians including then-HDP co-chairpersons Selahattin Demirtaş and Figen Yüksekdağ.

He was jailed in Edirne Prison in northern Turkey and shared a cell with Demirtaş.

Zeydan’s release from prison became possible after a high criminal court in the predominantly Kurdish province of Diyarbakır in southeastern Turkey ruled for his release at a hearing on Thursday. The Diyarbakır court is holding a retrial since the Supreme Court of Appeals recently overturned a prison sentence of eight years, 45 days on charges of aiding a terrorist organization and disseminating terrorist propaganda.

Zeydan was released on Thursday evening following the court’s decision. He was welcomed by HDP politicians in front of the prison.

“I had been held hostage for five years. So, no favor has been offered to me today. Every single moment I spent with Demirtaş [in same prison cell] was an honor. I learned a lot from him,” Zeydan said in a short speech after his release.

Demirtaş has been behind bars on politically motivated charges since November 2016 despite rulings from the European Court of Human Rights calling for his immediate release.

The political and legal assault on the HDP, which intensified after a truce between Kurdish militants and the government of President Recep Tayyip Erdoğan broke down in 2015, grew even stronger after Erdoğan survived a coup attempt in July 2016 that was followed by a sweeping political crackdown.

The party currently faces a closure case on charges of “attempting to destroy the indivisibility between the state and the people.”

Both Erdoğan’s ruling Justice and Development Party (AKP) and its ally, the far-right Nationalist Movement Party (MHP), frequently accuse the HDP, the second-largest opposition group in parliament, of ties to the outlawed Kurdistan Workers’ Party (PKK). The party denies the government’s claim and says it is working to achieve a peaceful solution to problems experienced by the country’s Kurds regarding their cultural and political rights.