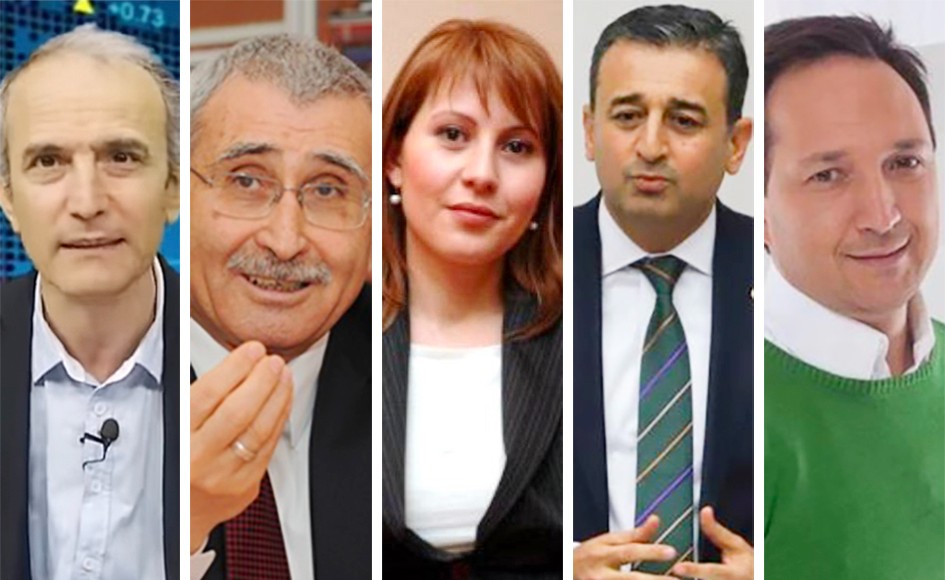 Turkey’s Banking Regulation and Supervision Agency (BDDK) has filed criminal complaints against five economists including a former central bank governor due to their comments about the depreciation of the Turkish lira against the US dollar, the state-run Anadolu news agency reported.

The five are accused of violating a law that prohibits anyone from deliberately causing a bank to lose prestige, reputation or assets and spread baseless news about it. An investigation has been launched into the economists based on the BDDK’s criminal complaint.

Yılmaz has been directly targeted by President Recep Tayyip Erdoğan due to his criticism of a series of measures taken by Erdoğan’s government to prevent further dollarization and encourage savings in lira.

According to the plan announced last week, the government will make up for losses incurred by holders of lira deposits should the lira’s declines against hard currencies exceed interest rates promised by banks.

Economists and opposition politicians criticized Erdoğan’s new plan, with many saying that the measures amounted to an indirect interest rate hike and that the Turkish lira would continue surging in spite of them. Yılmaz was one of the critics, which made him a direct target of Erdoğan.

“This person has committed a crime, too. They [he and the others] will be held accountable for this. His membership in parliament may save him [from prosecution], but he will pay for it in damages,” said Erdoğan, referring to Yılmaz.

The BDDK released a written statement on Twitter last Tuesday saying it had observed that there were people attempting to “manipulate the positive course of exchange rate movements” through visual, print and social media.

“The necessary investigations into these people will be carried out, and [then] a criminal complaint will be made to the chief public prosecutor’s office. Our institution closely follows all such attempts [of manipulation],” the BDDK added.

Turkey’s lira on Dec. 20 posted its biggest gain in decades, rebounding after soaring as much as 20 percent against the US dollar on the same day to a record low of 18.36. It traded at as strong as 11.09 in İstanbul on Tuesday morning, according to Bloomberg, which also said the two-day rally of the lira was the biggest since 1983.

In remarks to Halk TV on Monday, Çapa said the BDDK’s move was aimed at intimidating and silencing the economists.

“Leaving me aside, someone like Durmuş Yılmaz, who served in the top position at the central bank, is being discredited. This is unacceptable,” said Çapa, adding that he would continue to do his job as an economy reporter.