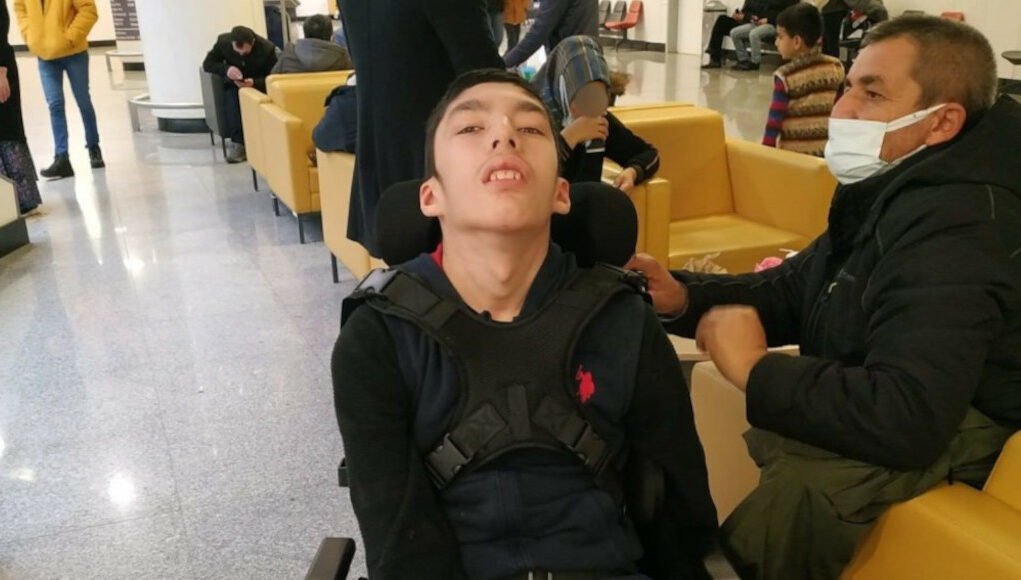 Eyüp Çetin, the father and caregiver of a 15-year-old autistic boy suffering from epilepsy and hypotonia, a muscle disease, was arrested on Saturday over his alleged links to the Gülen movement, the Stockholm Center for Freedom reported, citing the Bold Medya news website.

Çetin was given emergency care training to look after his son Yakup, who suffers from seizures, and was dealing with all his needs, including giving two hours of physical therapy every day. Yakup and his two younger siblings, aged 1 and 5, have been left to the care of their mother, Gülten, who is having great difficulty tending to the needs of all.

“It takes two people to carry my son to the toilet and again two people to feed him,” Gülten said. “He can’t drink water. … He wets himself, and the lack of physical therapy means his condition will deteriorate.”

Eyüp Çetin was a teacher working at a private school affiliated with the Gülen movement. He requested to be released pending trial or be placed under house arrest to take care of his son, a request that was denied. His wife was also recently subjected to an investigation on similar charges but was released pending trial.

“I am in extreme difficulty,” Gülten said. “So much so that if they don’t release Yakup’s father, I am even considering giving him to a nursing home.”

Dismissing the investigations as a Gülenist coup and conspiracy, the AKP government designated the movement as a terrorist organization and began to target its members. Government intensified the crackdown following a coup attempt on July 15, 2016 that they accused Gülen of masterminding. Gülen and the movement strongly deny involvement in the abortive putsch or any terrorist activity.