A note handwritten by the killer of Russian ambassador to Turkey Andrei Karlov in 2016 has emerged five years after the assassination, revealing radical Islamic motivations behind the murder, the Oda TV news website reported on Monday.

Karlov was shot dead by an off-duty policeman while speaking at an Ankara exhibit opening in December 2016. The gunman, Mevlüt Mert Altıntaş, was killed by police at the scene.

After the assassination Altıntaş shouted slogans referring to Russia’s offensive in Aleppo as well as a war chant used by a jihadist group in Syria.

Oda TV has obtained photos of the note written by Altıntaş as well as two suitcases he had before the murder in addition to photos from the crime scene right after the incident. He used one of the suitcases to carry the weapon and ammunition used in the assassination and the other to carry his personal belongings such as religious books, an ID card, shoe polish, razor blades and equipment for electronic devices. They were all found in the Ankara hotel room Altıntaş was staying in prior to the murder. 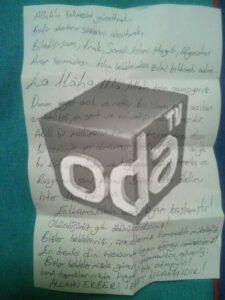 “The situation is obvious. This is the most dangerous, harshest and wildest crusade ever launched against Islam. A wise Muslim should never be a part of it,” he wrote, saying that the end was near for the sources of all evil, Russia and the US, “no matter if we live or die.”

“You will be killed as you kill. We are responsible for protecting our lands, our children. Most importantly, we are the ones who resist bowing to others for their religion. As long as we don’t have security in our lands, don’t even dream about having security in yours,” Altıntaş wrote before ending with, “Allah is great. Honor belongs to Islam.” 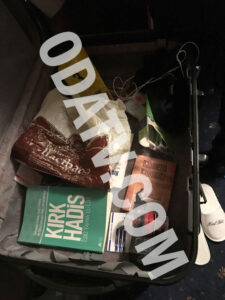 One of the books found in Altıntaş’s bag was written by Abu Yahya al-Libi, a high-ranking al-Qaeda official and an alleged member of the Libyan Islamic Fighting Group. He was killed in a US drone strike in Pakistan in 2012.

Another book found in the assailant’s bag was written by Nurettin Yıldız, a radical Islamist figure who has close relations with jihadist groups in Syria. 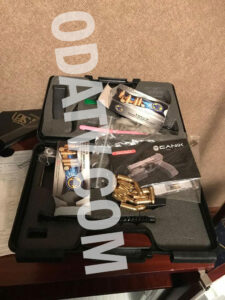 In an interview following the murder, the Altıntaş family stated that the assailant had been attending the sermons of Yıldız, who is a well-known preacher among jihadist circles.

In a propaganda video of Tahrir al-Sham, the largest rebel group in Syria’s Idlib region, one of the leaders of the organization promoted Yıldız’s book to the rebels, according to a Sputnik Turkish service report in May 2017.

Selahattin Menteş, a member of Turkey’s Constitutional Court, is also known to be among the followers of Yıldız as he frequently retweets his social media posts and promotes his TV shows and sermons on Twitter.

In December 2018 a Turkish court accepted an indictment for the murder of Karlov in which 28 people were named, with US-based cleric Fethullah Gülen the prime suspect.

The indictment actually does not deny the assassin’s affiliation with radical cleric Yıldız and his circle but basically says that Altıntaş infiltrated Yıldız’s group so as to appear to be one of them, although he was a follower of the Gülen movement, a faith-based group labeled by the Turkish government as a terrorist group.

President Recep Tayyip Erdoğan has said the Gülen movement was behind the assassination, a charge the cleric has denied. Erdoğan also blames the preacher’s network for an attempted coup in July 2016.

Gülen, who has lived in self-imposed exile in the United States since 1999, has condemned the coup and denied any involvement in it.

Prosecutors say Gülen’s organization was attempting to derail relations between Turkey and Russia with the killing. Ties between the two countries were already strained at the time of the assassination due to Turkey’s downing of a Russian warplane on the Turkish-Syrian border a year earlier.

Since Karlov’s murder, ties between Ankara and Moscow have seen steady improvement.