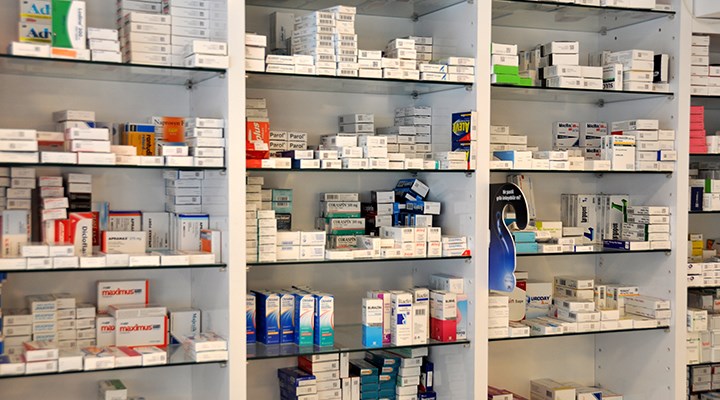 Fatih Yüksel is one of thousands of Turks rushing from one pharmacy to another in search of imported drugs that are disappearing as quickly as the lira is losing value.

“Sometimes I have periods where I don’t have the drugs I need and my illness gets worse. I suffer pains,” said the 35-year-old, who has been taking pills to relieve a rare autoimmune disorder known as Behçet’s syndrome, for the past nine years.

“It can be hard but I have to work,” said the shop attendant.

Turks have been rattled by a currency collapse that accelerated when President Recep Tayyip Erdoğan last month launched a self-declared “economic war of independence” that defies conventional market theory.

The veteran Turkish leader is trying to fight spiraling inflation by bringing down borrowing costs — the exact opposite of what countries usually do in similar situations.

The results have been frightening for people such as Yüksel.

The Turkish currency has lost more than 40 percent of its value since the start of November alone. A lira could buy 13 US cents in January. It was worth less than half that this month.

The crisis has wiped out the value of people’s savings and made basic goods prohibitively expensive, plunging swathes of the population below the official poverty line.

It has also made a whole gamut of imported drugs for a range of illnesses — from diabetes to cancer, heart disease to flu — nearly impossible to find across Turkey’s 27,000 pharmacies.

“News that ‘medicines cannot be found in Turkey’ is not based on reality,” said Koca.

Vedat Bulut, the Turkish Medical Association’s secretary general, said it was “pitiless” to accuse companies of trying to sell expensive drugs when the lira had lost so much value.

Medical professionals said a long-term solution involved developing Turkey’s health industry to wean it off its dependence on imports.

But today, pharmacists describe receiving heart-rending notes from patients on messaging apps with photographs, pleading to know where they can find their medication.

The Turkish Pharmacists’ Association said in November that 645 drugs were affected but as the situation grew worse, pharmacist Berna Yücel Mintaş told AFP around 1,000 medicines were difficult to find.

“The situation deteriorated because of the lira,” said Taner Ercanlı, head of Ankara Chamber of Pharmacists.

“Imagine it like a fire, and gasoline was poured over it.”

Part of the problem stems from the way Turkey procures medications.

The health ministry sets the standard price for drugs every February based on an exchange rate agreed by the government.

It set an exchange rate of 4.57 lira to the euro for this year. But it now takes nearly 20 liras to buy a euro on the market.

That meant drug manufacturers had “unfortunately” decided against selling medicines to Turkey, Ercanlı said, because they made more money in other markets.

Pharmacists want the government to reassess drug prices against the euro at least three times a year.

But there are wider problems.

Global supply chain bottlenecks caused by the coronavirus pandemic have resulted in jumps in the price of most raw materials, which make domestically produced medicine more expensive.

Turkish drug suppliers are also angry with the government over delayed payments, which are doubly painful as these are settled in liras according to the exchange rate agreed at the time.

Employers’ associations warn some companies will be forced to close.

Children’s syrups have been especially hard to find, as grandfather Emin Durmuş discovered while trying to treat his five-year-old grandson’s cough.

“They don’t have that medicine so I go back and get a new prescription. Then I come to this pharmacy and that drug is also not available,” said Durmuş, 62.

“This is going towards becoming a drugs shortage. Whatever is left in our hands, this is all of our stock because we can’t replace it.”