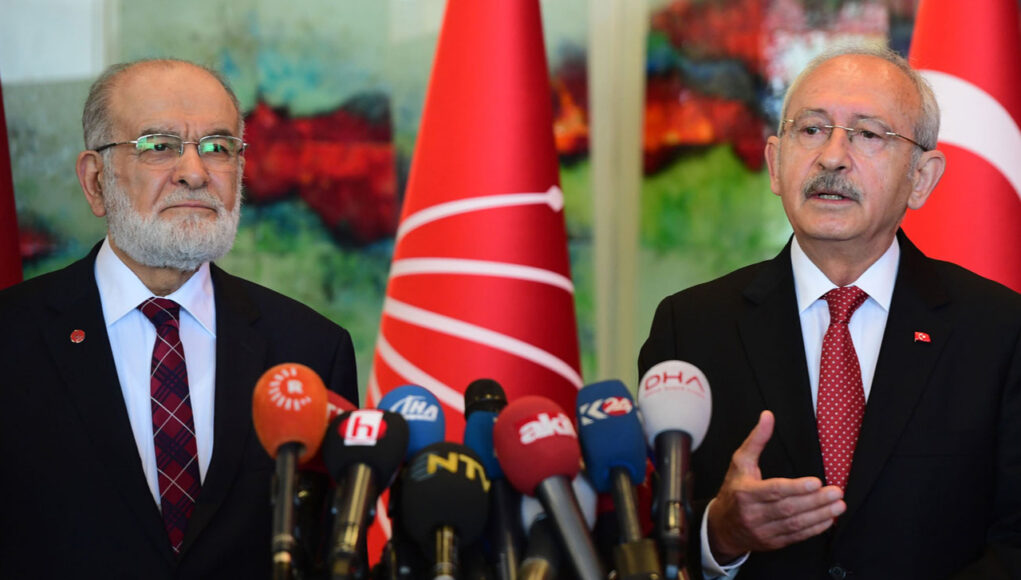 Turkey’s opposition parties and representatives from labor unions have expressed dissatisfaction with a 50 percent increase in the country’s minimum wage for 2022, saying the new minimum wage lags far behind meeting wage earners’ basic needs due to the record depreciation of the Turkish lira and high inflation.

President Recep Tayyip Erdoğan announced the much-awaited decision at a news conference following a meeting with labor union representatives and Labor Ministry officials at his presidential palace in Ankara on Thursday. He said the minimum wage will rise by 50 percent next year to help offset increased living costs.

Although the minimum wage hike was 50 percent, it fell short of pleasing opposition parties and some labor unions because the Turkish currency has shed more than half its value since the start of the year — 30 percent in the last month alone — and the annual rate of inflation has surged past 20 percent.

Republican People’s Party (CHP) leader Kemal Kılıçdaroğlu, who visited Felicity Party (SP) leader Temel Karamollaoğlu at SP headquarters in Ankara on Thursday, told reporters that the increase in the minimum wage was low considering the depreciation of the Turkish lira against the US dollar.

He said while a minimum wage earner’s monthly salary, TL 2,826, was worth of $384 at the beginning of 2021, it is now of less value and that the minimum wage should have been at least TL 5,760 considering the current value of the lira against the US dollar.

Kılıçdaroğlu said what matters most is to get inflation under control so that people can make ends meet.

SP leader Karamollaoğlu also said what he finds important is not the amount of the minimum wage but whether a family of four can meet their needs with that amount of money. He said taking the exchange rate into account, the minimum wage seems not to have increased but decreased, expressing hope like Kılıçdaroğlu for lower inflation.

More than 40 percent of all workers in Turkey earn the minimum wage, according to the country’s Social Security Institution.

Opposition DEVA Party leader Ali Babacan, a former finance minister, said minimum wage earners will have their new pay at the end of January and that its value will have shrunk further even before they get it.

“I regret to say it, but Turkey has entered a period of chronic inflation,” said Babacan.

Confederation of Revolutionary Workers’ Unions (DİSK) Chairperson Arzu Çerkezoğlu told the Gazete Duvar news website that the new minimum wage was far from meeting the expectations of the union and its workers.

“What is important is not how much the minimum wage is or at what percentage it has been increased but whether it is sufficient for a worker and their families to support themselves under the current financial circumstances,” said Çerkezoğlu.

She said Turkey is going through a serious economic crisis and it is very obvious that the minimum wage for 2022 is far from sufficient for minimum wage earners. taking the high inflation into account.

The Confederation of Public Employees’ Trade Unions (KESK) also expressed dissatisfaction with the amount of the minimum wage hike, with its co-chairperson Mehmet Bozgeyik finding the increase far below the rate of inflation.

“Taking into account the economic crisis and the price hikes in essential goods and services, this figure is far from sufficient,” he said.