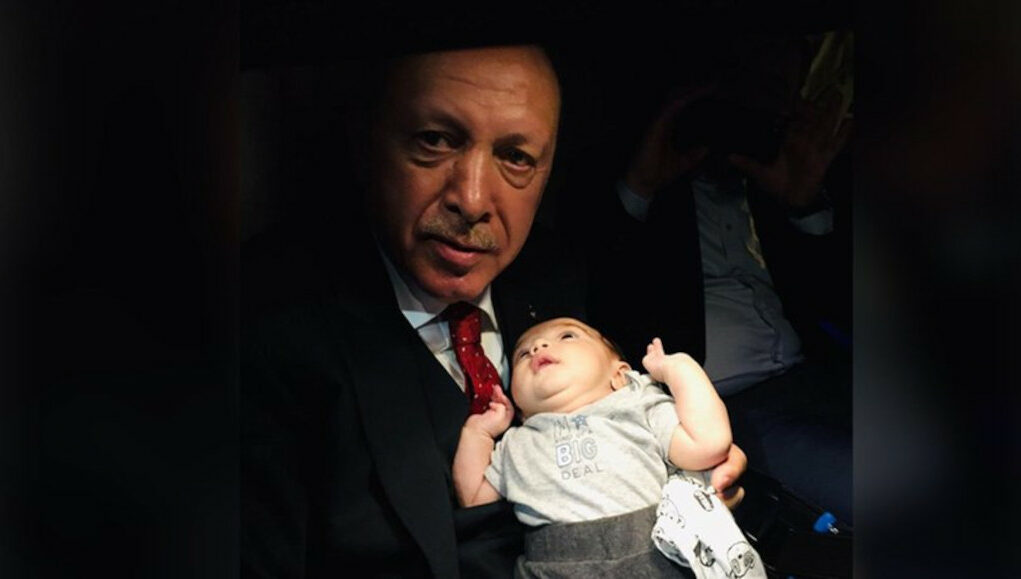 A couple from Turkey’s southern Kahramanmaraş province has secured a court order changing the name of their son from Recep Tayyip to Aras amid the declining popularity of President Recep Tayyip Erdoğan, the Bold Medya news website reported on Tuesday.

Ayşe and Hüseyin Erdoğan, who used to be supporters of President Erdoğan, chose to name their son born in 2015 after him.

The court order for name change was posted on the website for official announcements, the www.ilan.gov.tr, and published as an official notice in the Cumhuriyet daily on Dec. 10.

As it is common practice in Turkey to name newborns after popular politicians, the name change signals the declining popularity of President Erdoğan.

In 2017 a Diyarbakır couple had named their baby girl “Evet,” which means “yes” in Turkish, to show their support for Erdoğan in an upcoming referendum that would officially establish an executive presidency in the country if the “yes” votes were successful.

In the last general election, held in June 2018, the Erdoğan-led ruling Justice and Development Party (AKP) garnered a nationwide vote of 42.6 percent. However, public surveys have increasingly been showing the party’s public support to be slipping.

Various reports also show that poverty in Turkey has both expanded and deepened during the pandemic, which hit at a time when the country was already in dire financial straits amid economic turmoil ongoing since 2018.

The beleaguered Turkish lira continues to lose value against the US dollar as President Erdoğan emphatically defends sharp cuts in interest rates by the central bank, vowing to succeed in his “economic war of independence.”

In addition to Turkey’s annualized inflation rate, which climbed to 21.31 percent in November, up from 19.89 percent in October and the highest figure the country has seen in three years, a currency crisis has also been eating into the incomes of Turks, shrinking their purchasing power.