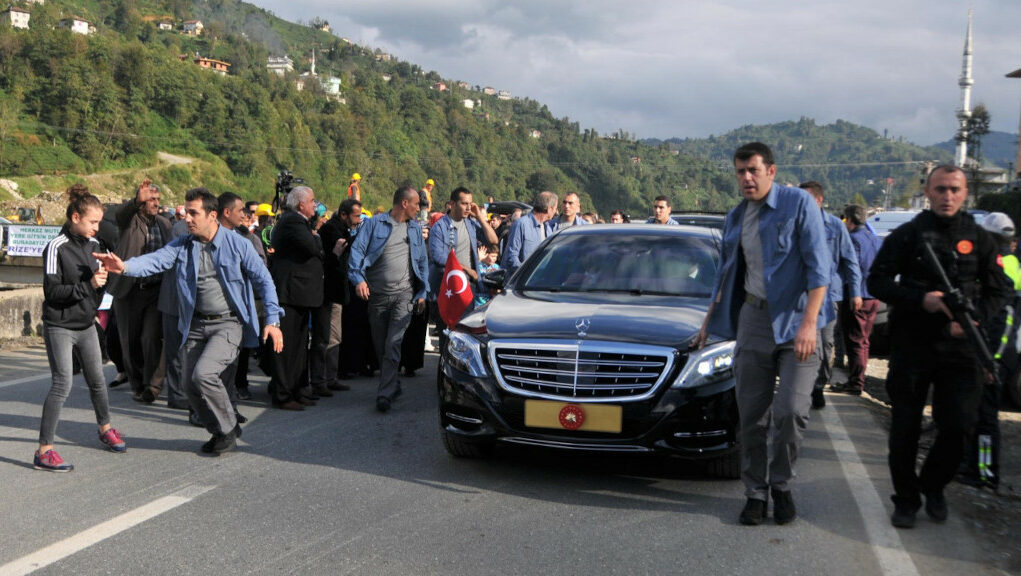 Turkey spent TL 262,592,000 ($18.2 million) in the first 10 months of 2021 to provide security for President Recep Tayyip Erdoğan, who shows no intention of introducing austerity measures for his palace in the face of a worsening economy, the Birgün daily reported on Monday.

As many people suffering from the economic crisis are finding ways to make ends meet, Erdoğan and his presidential palace make no move to cut back on their lavish spending.

According to the National Police Department’s financial statement for 2020, TL 263,627,000 ($18.3 million) was spent to guard Erdoğan, with the expenditure for the first 10 months of 2021 already approaching that figure.

The budget allocated to presidential security exceeds the budget of many departments within the national police, including cyber crime, narcotics, smuggling and organized crime.

In addition to Turkey’s annual inflation rate, which climbed to 21.31 percent in November, up from 19.89 percent in October and the highest figure the country has seen in three years, a currency crisis has also been eating into the incomes of Turks, shrinking their purchasing power.

Security officers are supposed to ensure the security of all campuses belonging to the Turkish presidency as well as any building or facility he may be visiting.

Turks started to stock up on food after the lira, which has recently been in free fall, losing almost half its value against the dollar since the beginning of the year, plunged to 14.75 to the US dollar on Monday.

The ruling Justice and Development Party (AKP) has been secretive about the number of police officers used to guard Erdoğan and the presidential palace.

Alpay Antmen, a lawmaker from the main opposition Republican People’s Party (CHP), submitted a parliamentary question in which he said the presidential palace had failed to practice any type of frugality despite the worsening economic crisis and demanded to know the number of guards and vehicles used by them for the president.

In response, Vice President Fuat Oktay indicated that Erdoğan is guarded with “sufficient personnel and equipment” without providing any specific figures.

Referring to Oktay’s response to his parliamentary question, Antmen said Erdoğan was being protected with helicopters and armored vehicles and was followed by hundreds of vehicles in convoys during his visits.

“You won’t see this kind of scene in any developed country in the world. In addition, Erdoğan’s visits causes major disruptions because people are made to wait for hours in traffic because of him,” he said.

The president, who is blamed for the country’s currency crisis for subscribing to the unorthodox belief that low interest rates are the antidote to high inflation, blames “opportunists” for the rising cost of basic services and frequently claims Turkey is doing far better than Western countries in the supply of food.

The ruling AKP blames the weakening lira on “foreign powers launching an economic attack on the country.”