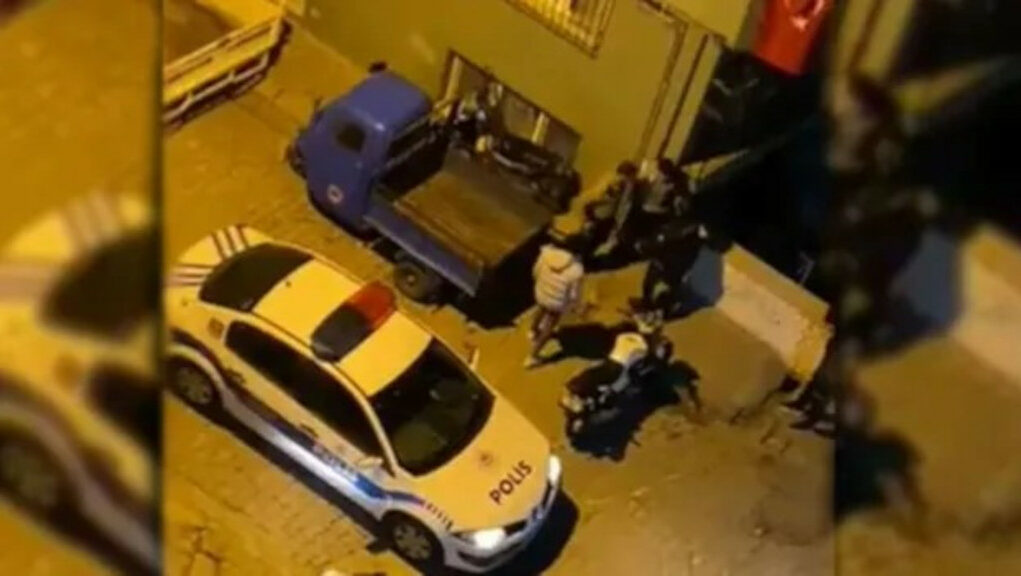 A police officer and a neighborhood watchman appeared to beat a young man and threaten to kill him on Monday in western Turkey’s Aydın province in a video shared by journalist Barış Yarkadaş, the Stockholm Center for Freedom reported.

The police officer slapped Argüman Erkan and then said he would kill him. The watchman held Erkan, preventing him from getting away from the policeman. Yarkadaş said the video was sent to him by a resident of the neighborhood.

Yarkadaş said on Twitter that the incident was outrageous and that police mistreatment was so commonplace that it was displayed explicitly in the streets. “The police officer is attacking the young man knowing he won’t be punished for it,” said Yarkadaş. “There’s no justice in this country, and the police know this very well.”

The Aydın Governor’s Office said in a statement that the incident occurred after a motorcyclist attempted to flee from a routine police inspection. It added that an investigation had been launched into the police officer and the watchman.

In an interview with the Medyascope news website, Erkan said he was followed by the police officer into the neighborhood. He admitted he had not slowed down in traffic when another car was passing. He was made to take a sobriety test, but then the police officer started to assault him.

Erkan said the policeman continued to threaten him after they discovered he had recorded the incident. He was urged to delete the recording and was told it was a crime to record a police officer.

Filming police on camera is not outlawed in Turkey. Turkey’s Council of State had voted in November to overturn a regulation issued by the Turkish National Police (EGM) prohibiting people from filming or recording police on cameras or smartphones while they are on duty.

The regulation, which was issued in April and had been widely criticized for being unlawful and making it more difficult to identify rights violations at demonstrations or other events where police were deployed, was overturned on the grounds of violating freedom of the press and the freedom to communicate.

Erkan said he tried to go to the hospital to get a report confirming the mistreatment but that he was prevented by the police officer and watchman. Erkan said they insisted he not file a complaint. “If this is how justice is served, then there’s no more justice left,” said Erkan.

According to a joint report by the Human Rights Foundation of Turkey (TİHV), Human Rights Association (İHD) and Initiative for Freedom of Expression, police violence has become part of daily life in Turkey. At least 2,153 people were exposed to torture and mistreatment and 23 were injured as a result of excessive force used by police in the first five months of 2021.