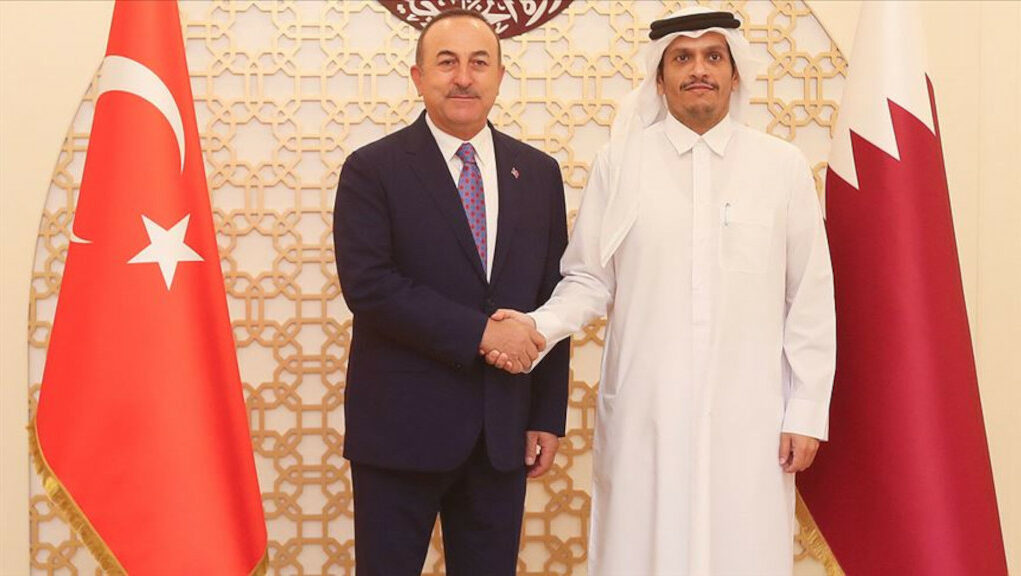 Turkish Foreign Minister Mevlüt Çavuşoğlu has said the purpose of a Turkish delegation’s recent visit to Qatar was not to ask for financial assistance but to improve relations, Deutsche Welle Turkish Service reported on Monday.

During the briefing a reporter asked whether Turkey sought to obtain financial support from Qatar in an effort to overcome the economic nightmare it was going through.

“You have drawn a very pessimistic picture,” Çavuşoğlu replied, arguing that Turkey has “great expectations” for its economy, with many countries seeking to invest in it.

“We have not come to Qatar to ask for money but to improve our relations,” the Turkish foreign minister said.

Çavuşoğlu said Turkey is among the top countries in terms of economic growth but that “the only problem is the fluctuation in exchange rates.”

“It is a fact that the Turkish lira has recently depreciated against the dollar and euro,” Çavuşoğlu said, “but these are temporary fluctuations.”

Çavuşoğlu said they were working to ensure the stability of the exchange rate.

Al-Thani expressed his belief that Turkey will overcome the crisis.

“Our ties with Turkey are very strong, and we continue to support Turkey. Qatar’s investments in Turkey are huge, and their results will be positive,” Al-Thani said.

Erdoğan’s visit comes as Turkey seeks to rebuild relations with former rivals in the energy-rich Gulf region, including the United Arab Emirates, whose crown prince visited Turkey last month for the first time since 2012.

Simmering tensions between Ankara and its Gulf rivals escalated after a Saudi Arabia-led blockade on Qatar by Arab countries in 2017.

Ankara backed Qatar in the dispute, and the two countries have grown closer ever since.

Erdoğan, whose country is reeling from a fresh economic crisis and is searching for foreign investment and trade, said he wanted to use the trip to foster closer relations with all Gulf states.

“We are in favor of strengthening our relations with all the Gulf countries,” Erdoğan told reporters at an İstanbul airport before leaving for Doha.

“The blockade and sanctions imposed on Qatar have been lifted as of the start of this year. Right now, solidarity is being restored among Gulf countries,” Erdoğan said.