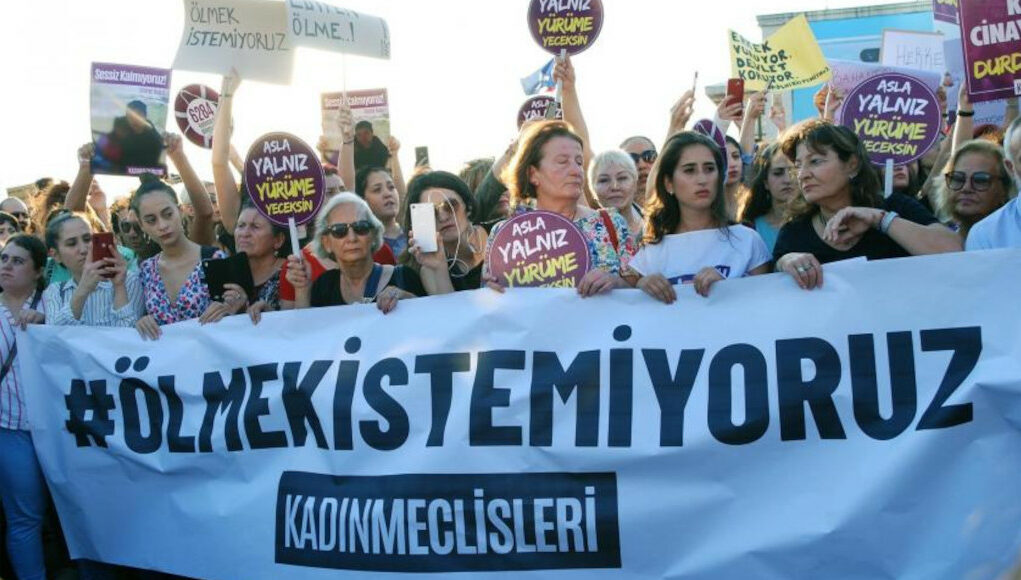 The Turkish Constitutional Court ruled on October 29 that the authorities had not taken the necessary precautions to protect a woman who was killed by her husband on December 15, 2013, the Stockholm Center for Freedom reported.

The court’s ruling was published in the Official Gazette yesterday and said the woman, identified as S.E., had filed several complaints against her husband, but to no avail. The local court had not issued a restraining order, despite compelling evidence indicating that S.E. had been verbally threatened by her husband.

“S.E. was a victim of gross negligence, as the authorities did not do everything in their power to keep her husband away or follow up on complaints. S.E.’s death is not the result of a simple mistake. This decision will be important in preventing other deaths as a result of the authorities’ incompetence,” the decision said.

The ruling pointed out that Turkey was party to the Istanbul Convention, the Council of Europe’s (CoE) binding treaty to prevent and combat violence against women, at the time. According to the court, the authorities had not implemented the convention effectively in the case of S.E.

In one case a prosecutor complained about S.E., asking her why she was in his office again. “You aren’t our only job, you know? Why are you here again?” the prosecutor said, according to reports.

Unable to keep her husband away, S.E. appealed to a violence prevention and monitoring center (ŞÖNİM), which was established by the Ministry of Family and Social Services to combat gender-based violence. However, ŞÖNİM did not take any steps to protect S.E.

After his daughter’s death, S.E.’s father filed a complaint against four judges and three prosecutors, saying they had not implemented the law to protect his daughter. The Supreme Council of Judges and Prosecutors said there were no legal grounds to conduct an investigation.

S.E.’s father also filed a complaint against the gendarmerie, police and ŞÖNİM, saying they had not carried out their duties, but these complaints also did not lead to an investigation. The father then appealed to the top court, which said authorities were aware of the danger S.E. was in but had failed to take the necessary steps to ensure her safety.

According to the court’s ruling, paying damages to the family was not enough, and the decision was sent to public institutions involved in the case for  a thorough investigation to determine those public servants who were responsible for the violation of S.E.’s right to life.

On March 20 Turkish President Recep Tayyip Erdoğan withdrew Turkey from the Istanbul Convention despite high statistics of violence targeting women in the country and drawing condemnation from Turks and the international community.

The Turkish government’s move sparked outrage at home and was met with criticism from several countries, international organizations and rights groups.

A survey conducted by Metropoll revealed that 52.3 percent of Turks were against withdrawal from the convention. While more than a majority of participants opposed it, 26.7 percent approved and 10.2 percent had no opinion.

Femicides and violence against women are serious problems in Turkey, where women get killed, raped or beaten every day. Many critics say the main reason behind the situation is the policies of the Justice and Development Party (AKP) government, which protects violent and abusive men by effectively granting them impunity.