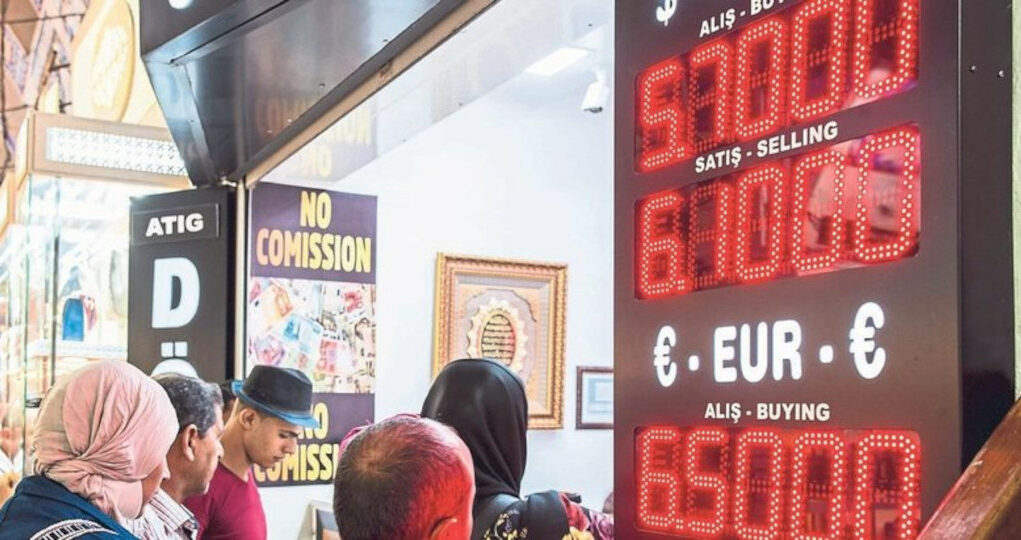 The Turkish Central Bank (TCMB) has meddled with the foreign exchange markets by injecting dollars for the second time this week to stop the Turkish lira’s decline against the US dollar, Turkish media reported on Friday.

The US dollar had been selling at 13.88, but the lira gained ground after the intervention, coming in at 13.41 to the dollar.

The TCMB’s move was, however, only slightly effective as the currency rates fluctuated and continued to move in an upward trend.

The bank’s previous direct intervention with foreign exchange markets had come on Wednesday, signaling a major change in the bank’s intervention policy as the bank had not meddled with foreign currency prices since January 2014, when it had made a sale of $3.15 billion.

The amount of US dollars sold by the TCMB was not disclosed as the bank’s policy dictates that interventions are announced on the same day, while the amounts are made public 15 days later.

The intervention came after the country’s annual inflation surged to 21.31 percent for November and after President Recep Tayyip Erdoğan replaced Lütfi Elvan with Nureddin Nebati as Turkey’s finance minister on Thursday.

The newly appointed minister is known to have close ties to Erdoğan’s son-in-law, Berat Albayrak, who held the same office from July 2018 until his surprise resignation in November 2020.

Albayrak has frequently been blamed for the deterioration of the Turkish economy, with a decline in the value of the Turkish lira, nearly 30 percent in 2020, leading to higher inflation via imports priced in hard currencies.

Erdoğan abruptly replaced his finance minister amid deepening rifts in the administration over aggressive interest-rate cuts that have undermined the currency and fueled inflation.

Under pressure from the president, Turkey’s officially independent central bank lowered its key interest rate in November, for the third time in less than two months, despite inflation approaching 20 percent – four times the government’s target.

Erdoğan believes that high interest rates cause high inflation, the exact opposite of conventional economic thinking, and has insisted he will keep rates low.

Erdoğan, who has blamed the lira’s troubles on foreigners sabotaging Turkey’s economy and on their supporters in the country, believes lower rates will fight inflation, boost economic growth, power exports and create jobs. The president has dismissed three central bank governors who opposed his “economic model” since 2019.