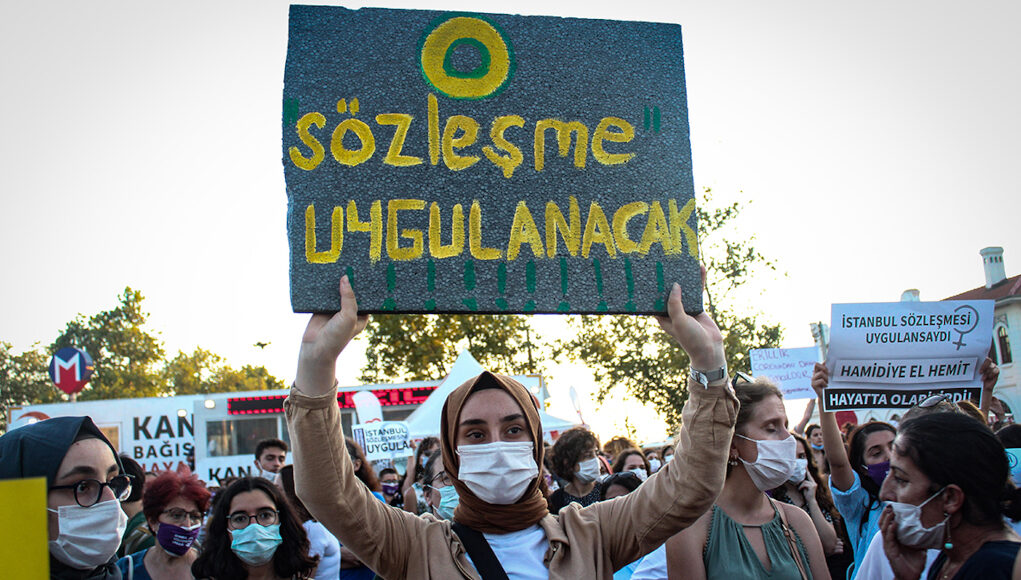 The top court’s decision came 10 days after the Turkish president’s remarks targeting the convention. “From now on, our women should react against whoever utters a sentence that starts with ‘the Istanbul Convention,’ first and foremost, and because those people abuse them for the sake of their deviant ideological agenda,” Erdoğan said on November 8 after a cabinet meeting in Ankara.

The top court’s 10th Chamber had earlier rejected submissions by the main opposition Republican People’s Party (CHP), the right-wing opposition İYİ (Good) Party and rights organizations that sought an immediate stay of execution and the ultimate annulment of the presidential decree that pulled Turkey out of the landmark European treaty.

Parties then appealed the 10th Chamber’s decision with the top court’s Assembly of Administrative Chambers.

According to Turkish media reports on Thursday, the assembly said in its decision that it was “legally possible” for Erdoğan to pull the country out of the İstanbul Convention since the authority to ratify and annul international agreements was among the president’s powers, according to Article 104 of the constitution.

On March 20 Erdoğan withdrew Turkey from of the CoE Convention on preventing and combating violence against women and domestic violence, also known as the Istanbul Convention, an international accord designed to protect women’s rights and prevent domestic violence in societies, despite high statistics of violence targeting women in the country and drawing condemnation from Turks and the international community.

The Turkish government’s move sparked outrage at home and was met with criticism from several countries, international organizations and rights groups.

A survey conducted by Metropoll revealed that 52.3 percent of Turks are against the withdrawal from the convention. While more than a majority of participants oppose it, 26.7 percent approve and 10.2 percent had no opinion.