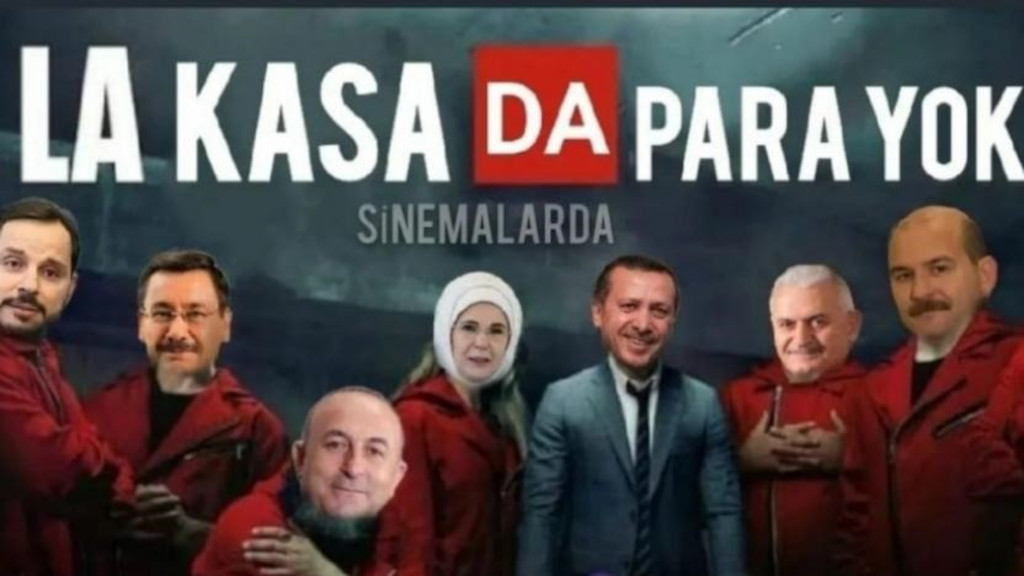 Senior bank manager Hakan Dağlı was fired from his job for posting on his WhatsApp profile a “Money Heist”-themed meme about the Turkish Central Bank having run out of money, the Stockholm Center for Freedom reported on Monday.

According to Turkish media the meme, which is based on the popular Netflix series “Money Heist” (“La Casa de Papel”), had already been widely circulated on social media to criticize the economic situation of the country. Dağlı was dismissed for “insulting the Turkish Republic’s economy and sharing humiliating posts.”

Dağlı had been working at a public bank for 26 years. “I was dismissed for sharing a meme,” he said, speaking to the Sözcü daily. “I was fired although only my close friends could see the post.”

Dağlı’s lawyer Zafer İşeri said his client had been unlawfully fired. “The labor law clearly states that before a person is dismissed for inappropriate conduct, they have the right to formally defend themselves. But that didn’t happen in this case. My client’s contract was terminated with written notice,” he said.

İşeri added that they would appeal to a court for undue dismissal and request Dağlı’s reinstatement.

Turkey ranks first among the 47 Council of Europe (CoE) member states in the number of judgments from the European Court of Human Rights (ECtHR) concerning violations of freedom of expression in 2020.